Elected officials of color from across Massachusetts stood in silence on the steps of the State House — six feet apart, heads down and hands clasped — for 8 minutes and 46 seconds in a solemn representation of the final moments of George Floyd's life.

"The nine minutes of anguish and pain and suffering, calling out for his mother," Massachusetts Black & Latino Legislative Caucus Chair Carlos Gonzalez said. "George Floyd is your brother, he's your sister, he’s your cousin, he’s your neighbor, he’s your mom, he’s your dad, he’s your colleague. Nine minutes."

Elected officials in Massachusetts are saying it is time for people to listen to the ideas of the people being impacted by police violance; not about thoughts and prayers, but about concrete ideas.

The group marched from the African Meeting House to the State House Tuesday for a press conference, where they called for police accountability amid outrage over the death of George Floyd, who died in custody in Minneapolis after an officer kneeled on his neck.

"For too long, black and brown bodies have been profiled, surveyed, policed, lynched, choked, brutalized, murdered at the hands of police officers. We cannot allow these fatal injustices to go unchecked any longer," U.S. Rep. Ayanna Pressley said. "Now there can be no justice for George Floyd, Breonna Taylor, Tony McDade or any other human beings who have been killed by law enforcement for in a just world, they would still be alive. There, however, must be accountability and that is what the unrest in our streets is about."

Systemic and structural racism is codified in law, Pressley argued, which is why healing and justice should be codified in law-making. She pointed to a resolution, introduced with Rep. Ilhan Omar late last week, "to make clear that this Congress stands on the side of justice."

The resolution calls for the adoption of reforms and policies "at all levels of government," to end police brutality, racial profiling and excessive use of force.

The recent protests and riots related to racial equity in Boston and across the nation is routed in trauma, according to Harvard Medical School's Dr. Stephanie Pinder-Amaker.

Officials including Boston City Council President Kim Janey noted that minorities are dis-proportionally impacted by the coronavirus crisis, which she argued is caused by pre-existing inequities in a system that is "designed to elevate the few at the expense of all others."

"Those inequities can be traced back all the way to this system that devalues black lives," Janey said. "The sad irony is that we who are most vulnerable to COVID, because of how this system devalues black lives, are constantly put in a position where we have to put ourselves at risk for our very survival, including protesting in large crowds of people and risking exposure."

Rep. Russell Holmes, the longest serving state representative of color, and Sen. Sonia Chang-Diaz, the sole member of the Black and Latino Caucus in the Massachusetts Senate, urged lawmakers to move on legislation.

"In that lonely role, I know a lot about the importance of allies," Chang-Diaz said. "Today, I want to both call on our allies to look at this list of policy actions that we’re putting forth and identify what risks are you willing to take to advance these bills."

"It is awful - awful - that it takes a video of that nature to make it so that folks wake up and understand something we have known in our communities forever," Holmes said. "It is now the time for our colleagues to listen to black people – listen to the things that we are saying would be most appropriate as a solution."

Suffolk District Attorney Rachael Rollins was one of a number of speakers who noted that the majority of police officers are good, thanking them for their service.

"We aren’t here because of the good and honorable and culturally competent and de-escalating able officers. We're here for the other ones," Rollins said. "Law Enforcement is the only branch of our government which all of our taxes pay for that they have the right to kill to use legal lethal force without any oversight."

Rollins added that the job of district attorneys are equally important.

"You have seen an epic failure of prosecutors across the country in not standing up and holding people accountable," Rollins said.

Lawrence Mayor Dan Rivera spoke of the need for cities and towns to ensure that there are measures in place to train police, particularly in de-escalation, and to keep track of any incidents that don't reflect good policing.

"We can do things to make change," Rivera said. "We reap what we sew. The violence and protests that we're seeing is what we sew for all the murders at police hands."

Rivera went on to say that he does not support violence or vandalism and that most of the damage was caused by people outside of the communities they occurred in.

Protesters have been filling the streets of Boston and other U.S. cities after the death of George Floyd.

“Out of the most horrific situations, often we see the most amazing changes and improvements," Rollins said. “It is very dark right now, but I am ever optimistic that we are going to get through this and be better.”

In response to the recent killings of George Floyd, Ahmaud Arbery, Taylor, and others, and the growing protests across the country calling for racial equity, the group laid out a multi-point plan with demands for police accountability and policies to advance racial justice at multiple levels of government.

More on Protests in Massachusetts 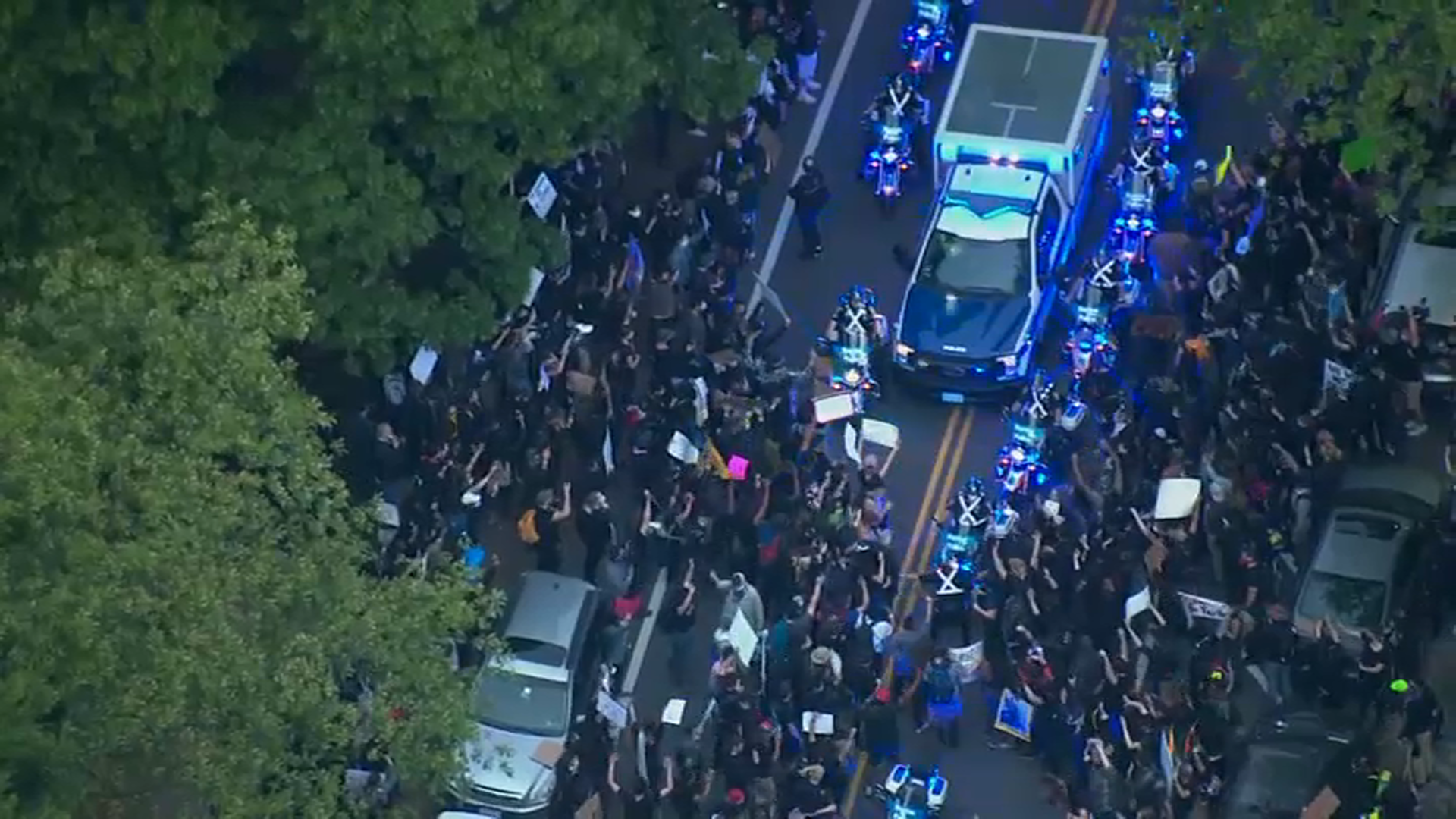 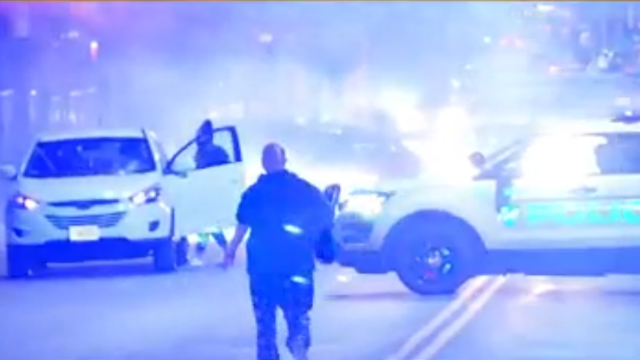