The Boston Fire Department ended up extinguishing the blaze, which was shared on social media

A day after an MBTA bus caught fire in Boston, an employee of the transit agency remains in the hospital, officials said Friday.

Two people were initially hospitalized after the fire broke out in the back of the bus near the MBTA's Arborway Bus Yard in Forest Hills Thursday afternoon, the agency has said. One of the employees was released Thursday night.

The Boston Fire Department ended up extinguishing the blaze, which was shared on social media. Hours after the incident, the back of the bus remained charred and paneling was dangling from the vehicle.

The bus was out of service at the time of the fire, which broke out shortly after 3 p.m., according to the MBTA.

The cause of the fire remained under investigation.

The bus was out of service at the time of the fire, which broke out shortly after 3 p.m., according to the MBTA. Two employees of the MBTA were taken to a hospital to be evaluated for possible smoke inhalation.

The MBTA has been dealing with a slew of issues lately, which have brought the scrutiny of federal investigators. On Wednesday, officials announced an unprecedented 30-day shutdown of the Orange Line -- which terminates blocks away from the Forest Hills bus yard. Shuttle buses are part of Boston's plan for replacing Orange Line service.

Thursday's fire was caught on camera by multiple witnesses, including Darragh Murphy, who took a photo of the bus on fire. She said it was starting to get close to rush hour traffic, but didn't see anyone on board.

“Out of the corner of my eye I saw what looked like flames basically and I looked over and sure enough a bus was driving down Washington Street with flames shooting out the back,” Murphy said.

From adventurous to unreliable, here's how MBTA riders boil down their experience to one word.

“The bus driver was kind of a hero because from what I saw it looked like bus driver was very calmly trying to get out of traffic and drive to that open parking lot area,” she added.

While no passengers were on board the out-of-service bus, that isn’t any reassurance for commuters like Joa Santos.

“Things have not gotten better, things have gotten worse,” he noted. “Knowing about this, it’s not surprising. Like, what else are they going to do?”

“Would I feel comfortable taking the ‘T’ or the bus? I don’t think that’s a correct question,” Santos added. “The question is: is there an alternative? And there is not and that’s the problem that we have right now.” 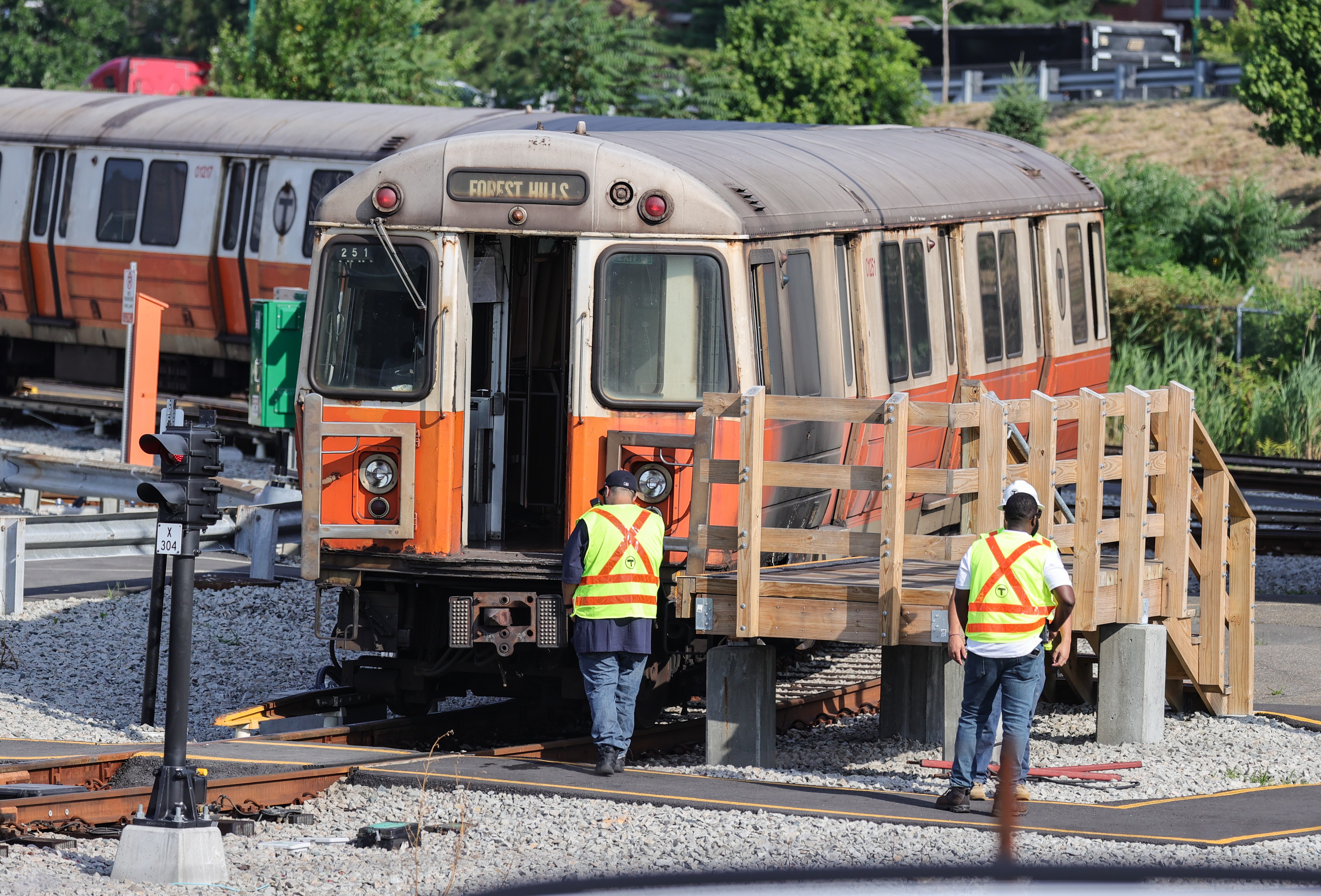 MBTA Chief: ‘We Reserve the Right' to Shut Down Other Lines

MBTA Orange Line to Shut Down for Unprecedented 30 Days