We hopped on board the 28 to see how the three-month pilot program is going. Riders we spoke with say it not only saves them money, but it saves them time.

At Ruggles Station in Roxbury, people line up for the 28 bus.

"You don't have to worry about anyone trying to wait to put their fare on," said Diamond, an MBTA rider we met at the T stop.

Since late August, one of Boston's busiest lines, which connects Mattapan, Roxbury and Dorchester, has been fare free.

"As someone who relies on the MBTA, I understand firsthand the importance of accessible transportation across our City," Janey said in a statement to NBC10 Boston. "The Route 28 Pilot program is vital for the economic corridor that connects Mattapan, Roxbury, and Dorchester as well as demonstrates the City's commitment to reliable and affordable transportation for all Boston residents."

We hopped on board the 28 to see how the three-month pilot program is going. Riders we spoke with say it not only saves them money, but it saves them time, making it easier to get from point A to point B.

"It will be quicker. It will be easier. I don't know, it will be less stressful" said Angela Wilkerson, a rider we caught up with at Nubian Square Station in Roxbury.

"It was successful," said Stacy Thompson, the executive director of the group LivableStreets. "The data is proving our assumptions correct."

She said ridership is up 20% since the pilot started, and the MBTA confirms ridership on the 28 is up.

The agency said a week before the pilot program began that the route averaged 7,695 riders each weekday. In the first week of October, it averaged just over 11,184 riders per day.

"I think that there's a false narrative that we have to collect fares to pay for transit, " Thompson said.

An advocate for fare-free public transportation, Thompson believes the "T" should use existing federal funds to expand the pilot program and eventually make it system-wide. She said they should do it by phasing in fare-free routes over time.

For its part, the MBTA said they look forward to evaluating the free-fare pilot program on the 28 buses.

"The MBTA will be analyzing operational impacts, ridership, and trip times as part of the overall evaluation of the pilot with the City of Boston upon the pilot's conclusion," an MBTA representative said.

They added that the primary focus is on major capital improvements: "The MBTA feels strongly that the best way to increase ridership is to continue investing billions of dollars to improve performance and reliability."

Following a derailment on the Red Line Tuesday, advocates for safety on the MBTA are planning a rally for Thursday.

"The MBTA has shown some reluctance or careful deliberation about whether to go to a free fare system. But they are looking at it," said Greg Sullivan, a government watchdog at the Pioneer Institute.

He says the "T" is seriously looking at ways to incentivize ridership on the bus network -- which the agency says is about 65% of what it was before the pandemic.

"Overall the MBTA system is subsidized about two-thirds by tax money, about one-third from fares," Sullivan said.

That number, he said, is even more drastic when it comes to bus service. According to the Pioneer Institute, each bus ride costs the MBTA around $5 per passenger, but only $1 of that cost comes from the fare.

Sullivan estimates it would cost Massachusetts taxpayers an extra $90 million dollars to fully fund the bus program each year.

For riders in Boston who rely on the MBTA's bus service every single day, they hope fare-free service continues.

"I love this pilot program because it shows and you can also see how many people really ride the T," Diamond said.

MBTA Rider Numbers Still Down, But Crowds Are Popping Up 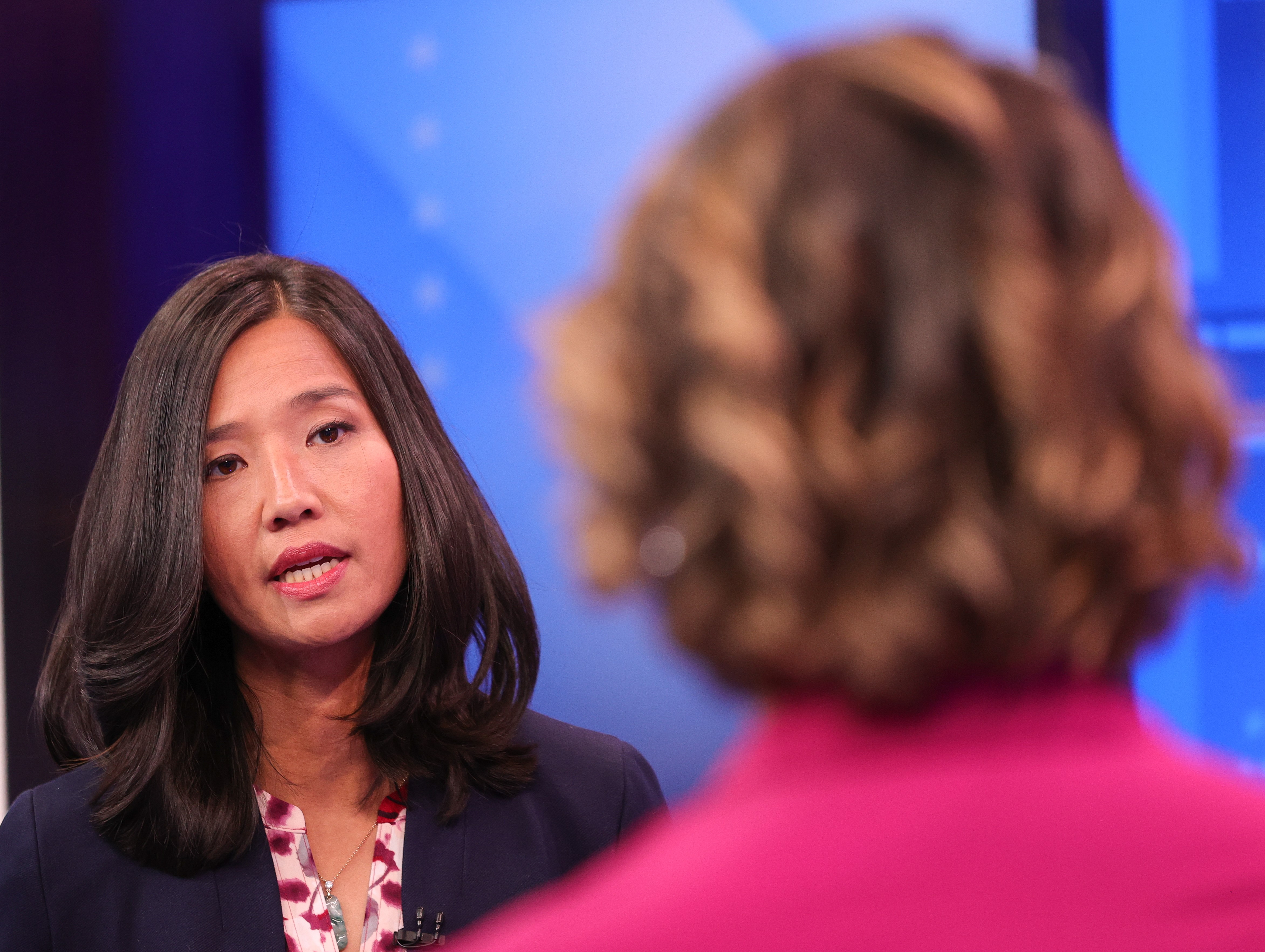