The 36-year-old Wu made history last week when Boston voters elected a woman and an Asian American as mayor for the first time.

Less than a week after she was tapped to serve in Boston's top political office, Michelle Wu sat down with NBC10 Boston's Latoyia Edwards for a candid conversation on topics ranging from the Mass. and Cass crisis to raising her sons.

The 36-year-old Wu made history last week when Boston voters elected a woman and an Asian American as mayor for the first time.

Wu, whose parents immigrated to the U.S. from Taiwan, grew up in Chicago and moved to Boston to attend Harvard University and Harvard Law School.

"I grew up never ever, ever, ever thinking I would run for office," Wu told Edwards.

But Wu believes city government has the power to address deep, persistent and urgent issues, and with her victory in hand, it’s now up to Wu to try to make good on some of her sweeping proposals.

When asked about her long-term solution for Mass. and Cass, Wu shared there will be a chief cabinet level position for full accountability and full coordination so that the City of Boston is driving the conversation.

Wu also spoke to people managing their mental health challenges by discussing her mom's own mental health crisis. When Wu moved her family to Boston, her mother was diagnosed with late onset schizophrenia and was inpatient at Massachusetts General Hospital -- something Wu has said she believes saved her mother's life.

Wu also spoke with Edwards about how grateful she is for former Boston Mayor Tom Menino, who she interned for while in law school, and how she plans to serve as mayor while raising young kids.

"If I can do this as a working mom, with young kids, coming from an immigrant family, we all have a role and a place at this table," Wu said.

Wu, who will be sworn in on Nov. 16, has said she is ready to meet this moment. 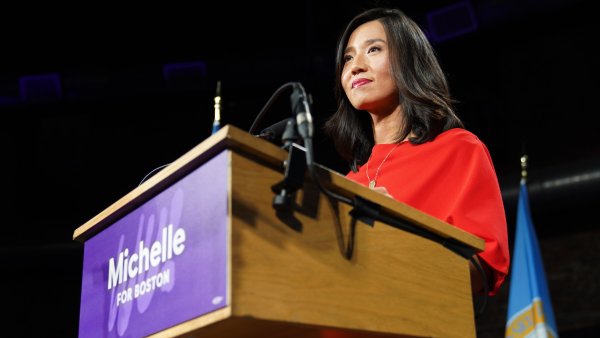