Shootings in Boston Are Up 20% This Year; Mayor Decries Recent Violence

Shootings are up by more than 20% in Boston this year and more than 15% over the five-year average through the same period last year, according to police data.

An impassioned Mayor Marty Walsh addressed the violence Thursday, spurred by this week's shooting of an immigrant convenience store clerk during a robbery in Roxbury and the fatal shooting of a 15-year-old boy in the neighborhood last week.

"We've too many homicides this summer, we've seen too many shootings this summer," Walsh said. "We're working every day to eliminate the root causes of crime in Boston, but someone committing a crime like this makes a choice, a choice to inflict pain and suffering on a fellow human being."

A crime report released this week by the Boston Police Department shows that 137 people were shot city-wide through July 12 this year, representing 32 more people than the 105 who were shot in Boston to that point in 2019. The five-year average through July 12 is 112.

Of the shootings so far this year, 24 were fatal, representing a 25% increase over the same period in 2019, the BPD data shows.

There have been seven deadly shootings this month alone in Dorchester, Roxbury and Mattapan, along with a fatal stabbing.

Tuesday's shooting in Roxbury sent a 23-year-old Bangladeshi immigrant to the hospital, Walsh said, saying his "heart breaks for him and his family."

Police are investigating the shooting of a store clerk in a Boston convenience store.

The store's owner told NBC10 Boston that he was told by police the gunman had ordered the clerk to the back of the store, made him lay down and then shot him in the head, critically wounding him even though he'd given the robber everything he wanted.

No arrests have yet been made in the case.

He said police will continue to reach out to the community, saying that convenience stores should all have surveillance cameras and get to know their beat cops, but he also said that judges are letting repeat offenders out on bail after their arrest.

"The mentality in the street is that you can do what you want because the courts are closed," Gross said. 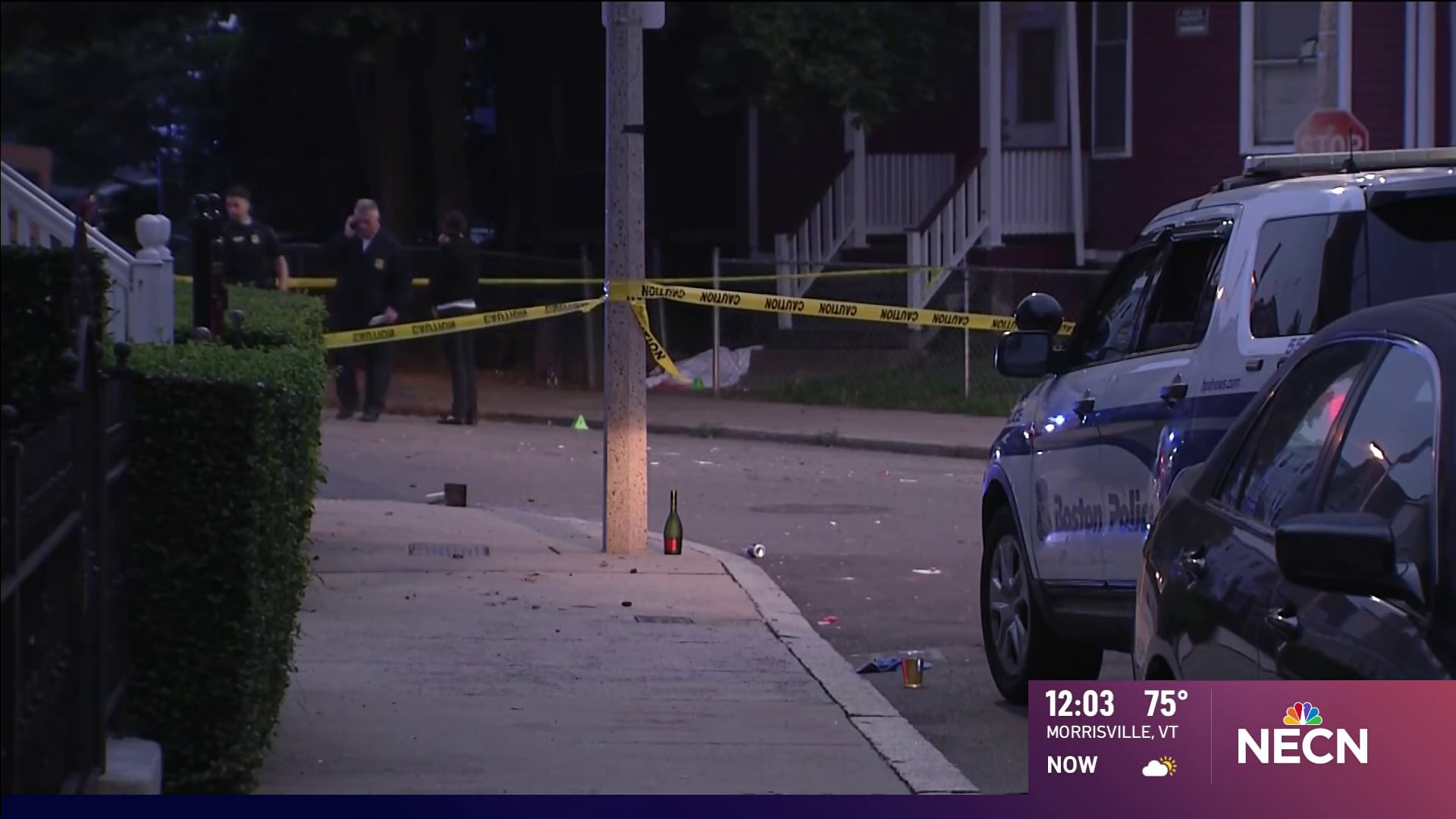