Several people in Winthrop, Massachusetts, described the chaotic scene on Saturday afternoon after a gunman crashed a truck into a home and started shooting

Robert Harrington looked outside of his window when he heard a loud bang. That’s when, he said, he saw a man emerge from a truck that crashed into a home on the corner of Cross and Shirley streets in Winthrop, Massachusetts.

Harrington said the man who got out from the truck had no shoes on and looked disoriented. He added that the man ran down the street; suddenly Harrington heard gunshots.

“I looked down and the next thing I saw is the body in the middle of the street,” said Harrington. “So, I ran down, got behind the car ‘cause the shots were still going. You could see the smoke from the gun.”

Several people in the neighborhood are shaken up by the incident that left three people dead, including the suspected gunman.

Police said the crash happened about 2:43 p.m. The suspected gunman had stolen a plumbing and drain company's truck, and then crashed it into a building, before killing a pair of people in shootings nearby.

“My first instinct is to duck and run and get out of there,” Ferragamo said.

Two other people were hospitalized but are expected to survived -- they were in a crashed vehicle that was part of the incident, according to Winthrop Police Chief Terence Delehanty.

Harrington said he tried to help a woman who was shot, but there was little that he could do.

A man was also shot and killed on Shirley Street.

“To tell you the truth, the girl, it makes me very sad,” said Harrington. “I just thought I’d block it out and try to go on with my life, but it’s definitely going to stay with me.”

None of the three people who died have been publicly named. Police said at a news conference that they have been identified, but have officers reaching out to family members.

Officers were seen saluting a victim as they were being taken to the Boston medical examiner. 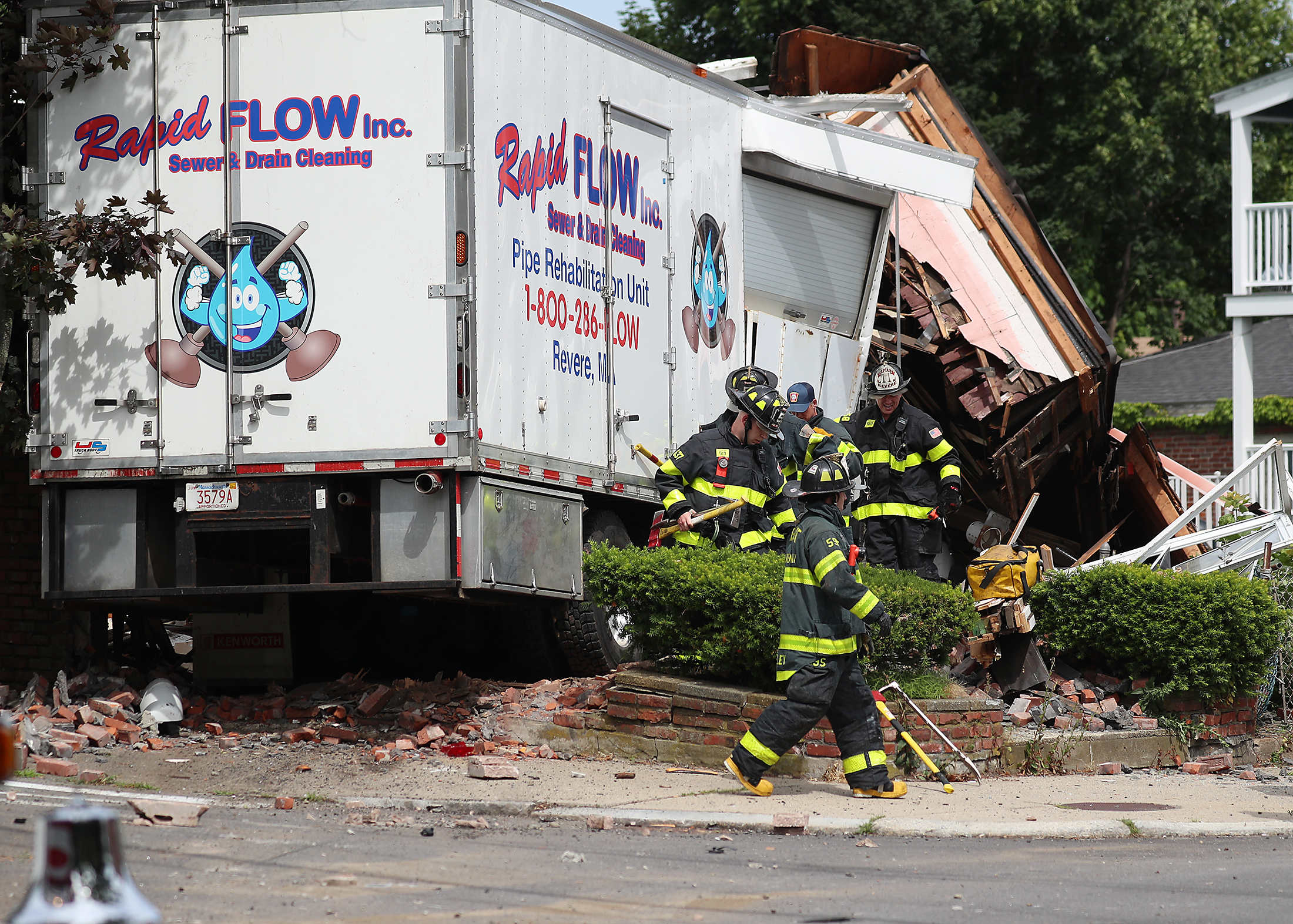 Gunman Kills 2 After Crashing Stolen Truck in Winthrop, Is Fatally Shot by Police 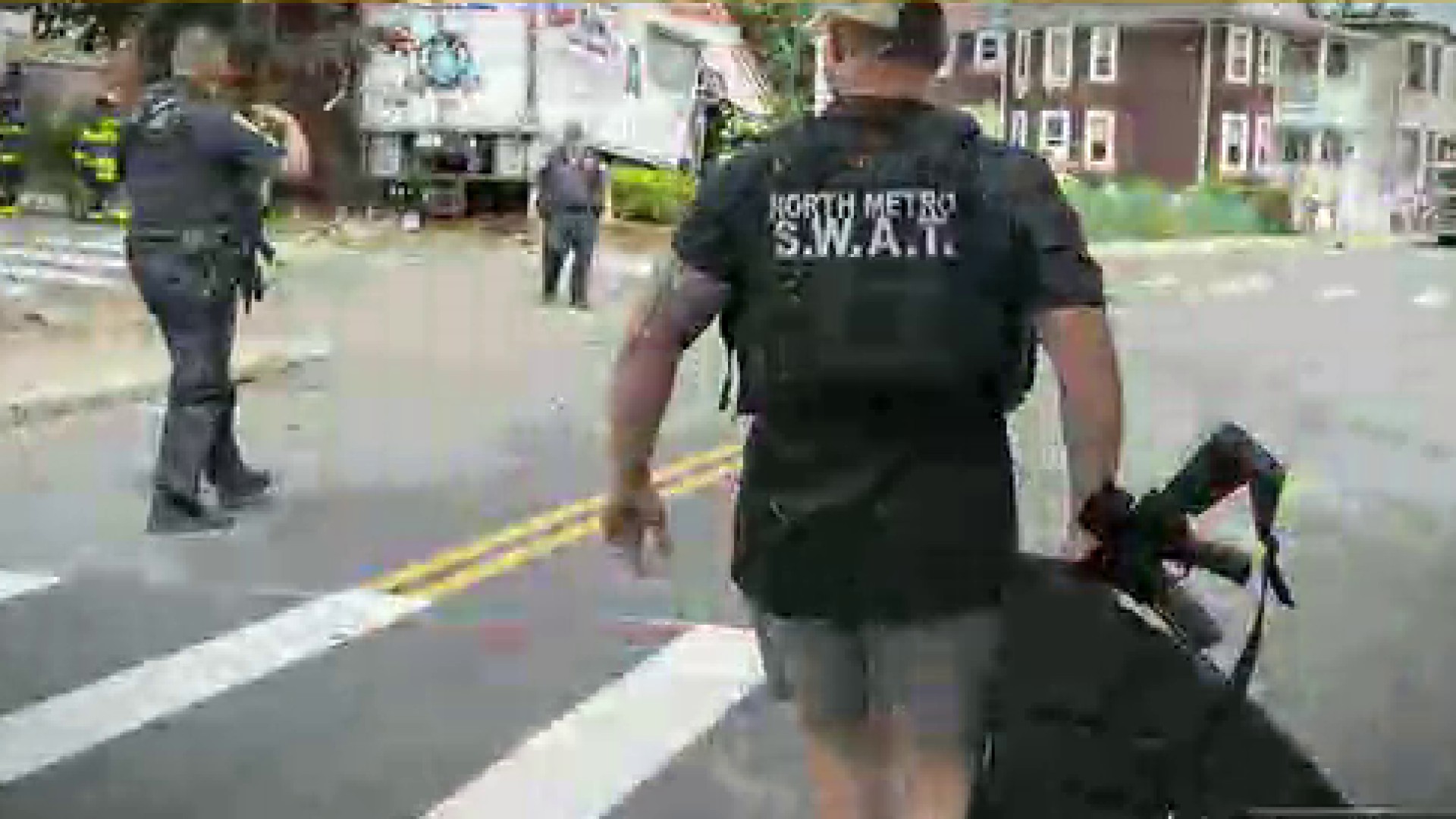