Peaceful protests denouncing racism and police brutality in the wake of George Floyd's death were held across Massachusetts Friday, drawing marchers and even the captain of one of Boston's sports teams.

Bruins captain Zdeno Chara joined in the crowd in Brookline. Demonstrators there walked down Beacon Street along the Green Line for miles before gathering in a baseball field.

By the early evening, a few hundred people peacefully faced up against a line of police officers in armor before officers wearing less gear were brought in to take their place. That brought a cheer from the crowd.

In Roxbury's Nubian Square, a socially distant crowd planned to sing "Happy birthday" to Breonna Taylor, a black EMT who would have turned 27 Friday if she hadn't been fatally shot in her home by police executing a search warrant.

"All black lives matter. The blatant negligence of her case deeply resonated with me because she was killed in her own home. She did not deserve that," said community organizer Keturah Brewster, adding that the event aimed to create a sense of unity.

Peaceful demonstrations across Massachusetts are denouncing racism and police brutality.

In Salem, scores of people rallied, with a fresh scandal on their minds. A local police captain was suspended after posting a tweet criticizing Boston Mayor Marty Walsh for permitting demonstrations during the coronavirus pandemic.

A Black Lives Matter protest, titled "Peabody against racial injustice (take 2)," was planned Friday in Peabody Square at 5 p.m. The protest, originally scheduled for Thursday, had been postponed after the organizers spoke with the Peabody mayor, according to The Salem News. Another protest was planned in Billerica at 6 p.m.

A student-led vigil on the Chelmsford Town Common in support of the Black Lives Matter movement was scheduled for 6 p.m. Friday. Organizers planned an 8 minute, 46 second kneel in Floyd's memory with student speeches and performances to follow.

Facebook pages for both events noted that participants should wear masks, maintain physical distance and emphasize the peaceful nature of the demonstrations.

People throughout the Bay State took to the streets to demand action after the death of George Floyd.

Thousands of people protested across Massachusetts Thursday amid a nationwide call for systemic change following the death of George Floyd, a black man who was killed in Minneapolis police custody. The four police officers involved in his death are now facing charges, including a second-degree murder count against the officer who knelt on Floyd's neck.

Hundreds of people took a knee in silence at a vigil in support of Black Lives Matter around a major Jamaica Plain intersection. Another silent vigil, honoring black lives, was being held at Adams Park in nearby Roslindale, which drew scores of people as well.

“It tells me I’m not alone in the fight. It tells me that we are all working for a better tomorrow," one Roslindale protester said.

Boston Mayor Marty Walsh said it was "time to listen" after the killing of George Floyd.

Boston Mayor Marty Walsh said Thursday that the death of George Floyd has caused "real pain" in Boston, reopening wounds that have existed for a long time, and urged residents to open their minds and listen.

"We are listening," he said. "I am listening -- to the voices and messages of our black neighbors who are harmed by systemic racism every single day. As elected officials, it's time to listen and learn and keep those voices at the center of the conversation. Not just for today, not just for next week, not just for next month, but for our entire careers." 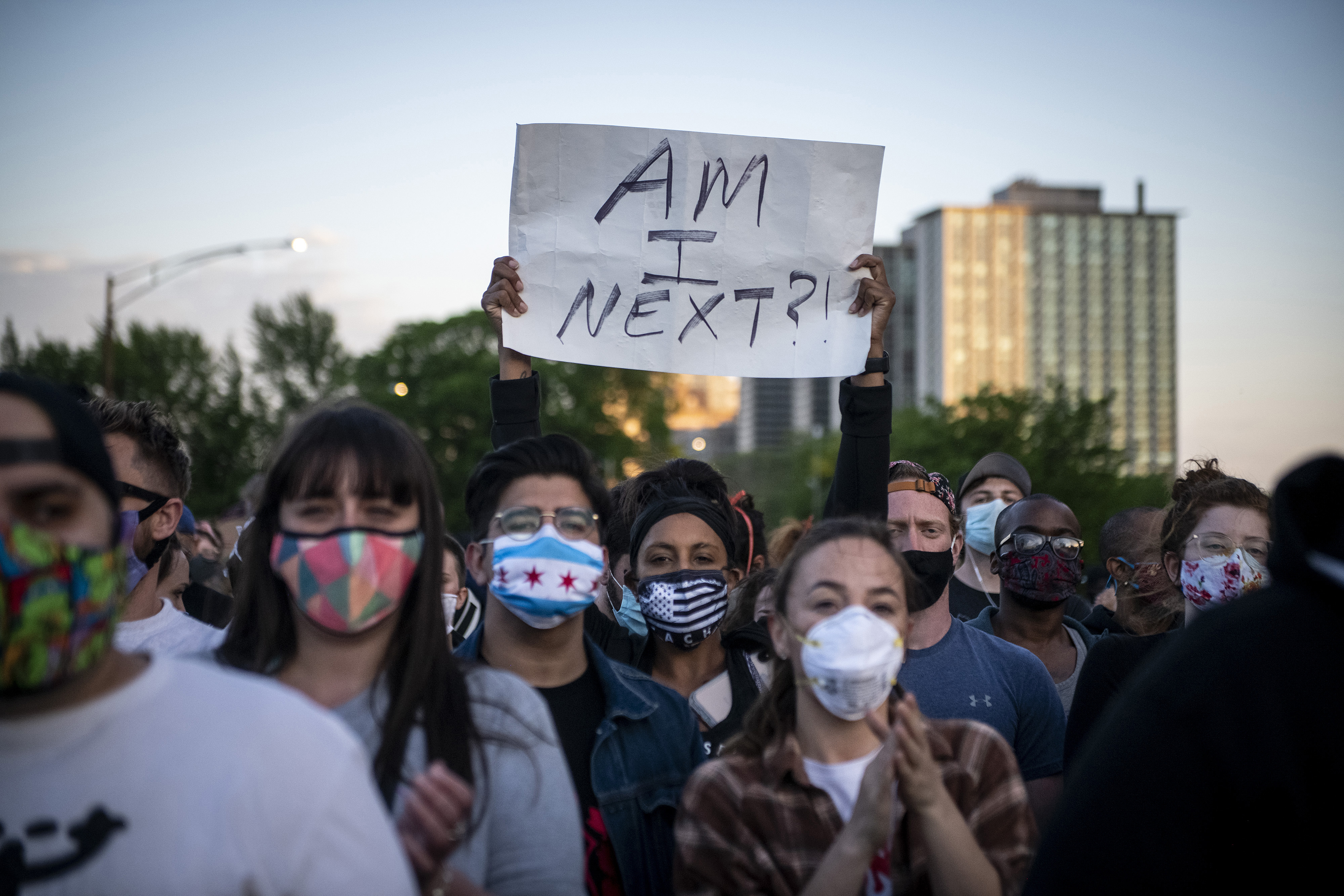 Is Someone in Your Family Protesting? 4 Ways to Reduce COVID-19 Risk 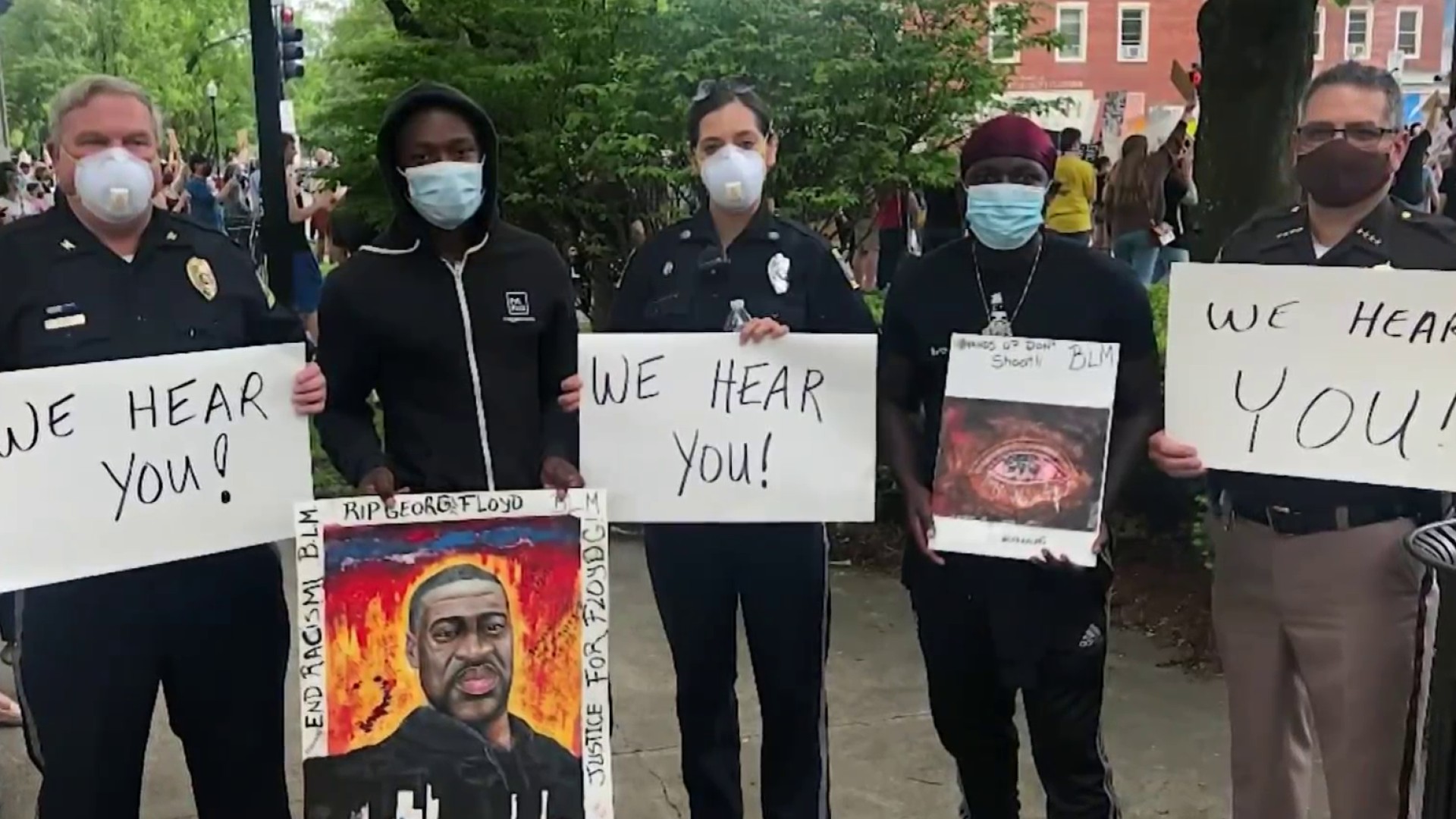