Such a chilly start Sunday could be offset by sunshine

Quick changes in air tend to bring waves of clouds from time to time, and that’s been the case for New England over the last couple of days, and is again today.

This time around, the change in air is for the colder, with cooler air bleeding southeast across New England from Canada, arriving high in the sky first and promoting cloud growth from north to south, particularly as the sun starts to heat the land and sets up a contrast in temperature from ground to sky.

After reaching the 50s south and 40s north Saturday, that cooler air aloft mixes down to the ground, clearing the sky Saturday night but dropping temperatures into the 20s for many.

Such a chilly start Sunday could be offset by sunshine. But our First Alert Weather Team doesn’t expect anything more than limited early morning sun before clouds fill in with the combination of a wind off the ocean here at ground level, and additional clouds overhead moving in from the west from a new, approaching storm system.

Moving east from the Great Lakes to the Northern border of New England, the next storm system starts by delivering Sunday late day snow showers to Vermont, evening freezing rain showers to the Berkshires for some slippery spots, then enough warmer air for plain raindrops and a steadily warming temperature Sunday night into Monday morning, save for a coating to two inches of snow in the northern mountains Sunday night before a change to raindrops.

Snow continues into Monday for the Crown of Maine where up to three inches of snow is possible.

Monday showers should depart by afternoon, with cool and dry air taking hold through sunshine Tuesday, clouds Wednesday and giving way to the next disturbance with showers Wednesday night into Thanksgiving Day.  Exact timing of showers Thursday is TBD, but you’ve seen the chance of showers in our exclusive 10-day forecast since it was 11 days out in our bonus forecast and that expectation holds with temperatures in the 50s south, 40s north. 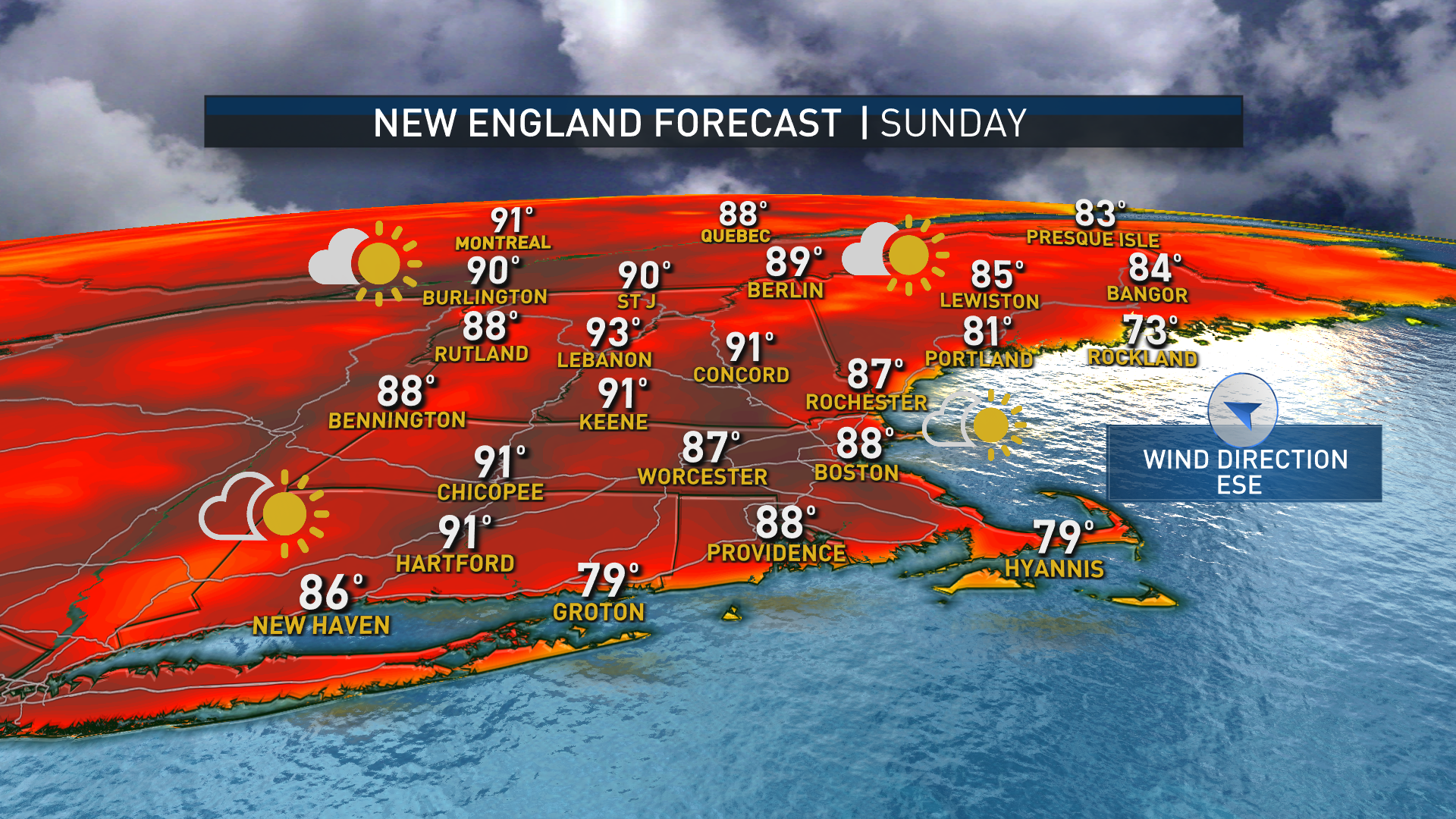 Look for drying Black Friday and the start of the weekend, with new showers possible by the end of next weekend.