Mix of Clouds and Sunshine for Easter Sunday

We start off Easter Sunday with cool and breezy conditions with some sunshine, but that sunshine will be quickly replaced by clouds later this morning and into this afternoon as upper level energy passes through the region.

With cold air aloft, similar to what we saw last weekend, the daytime heating will be enough to destabilize the atmosphere enough to produce some showers which may contain small hail and graupel.

Across the higher terrain of western, central, and northern New England, rain and snow showers are expected. Highs south reach the upper 40s to mid 50s, 40 across the north along with a gusty northwest wind.

Other than a stray shower early tonight, clouds will clear which will allow temperatures to drop into the mid to upper 30s across much of southern New England, upper 20s to low 30s north. Winds will also be on the decrease which will help allow for some of the traditionally colder spots to cool off a bit more.

The big question around here is Marathon Monday’s forecast! Thankfully, it’s looking like a great day for the runners with cool temperatures, morning sunshine, some afternoon clouds, and light winds!

It’ll be chilly in Hopkinton with temps starting out in the mid 30s early, rising into the upper 30s to around 40 by mid-morning when the race goes off. Winds will start out from the west/northwest around 6 to 12mph, but as the runners make their way toward Boston, they’ll start to turn more out of the east during the late morning/early afternoon time period with afternoon temps rising into the low 50s.

Good luck to all the runners!

After a perfect Monday, conditions go downhill quickly Monday night as a strong coastal low develops south of New England and tracks over southeastern Massachusetts on Tuesday. Heavy rain and the potential for gusty winds are expected across much of the area along with higher elevation snow in western, central, and northern New England.

The southern and eastern most extent of the rain/snow line may even make it into the Worcester Hills, of course this all depends on the storm’s track. Our exclusive in-house model is forecast several inches of snow across the Berkshires as well as portions of Vermont, New Hampshire, and Maine, but we will likely have to fine tune that portion of the forecast as we nail down the exact track of the storm.

Due to this late season rain, snow, and potential wind event, we have issued a First Alert on our 10-Day Forecast. Thereafter, we see a warmup in the forecast during the mid to late week with high temperatures reaching the 60s once again as seen on our Exclusive 10-Day Forecast. 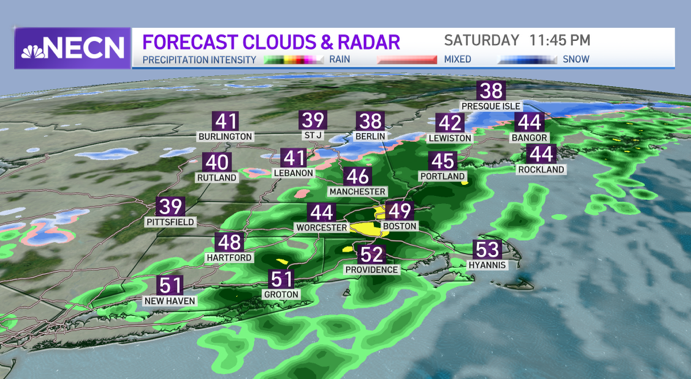 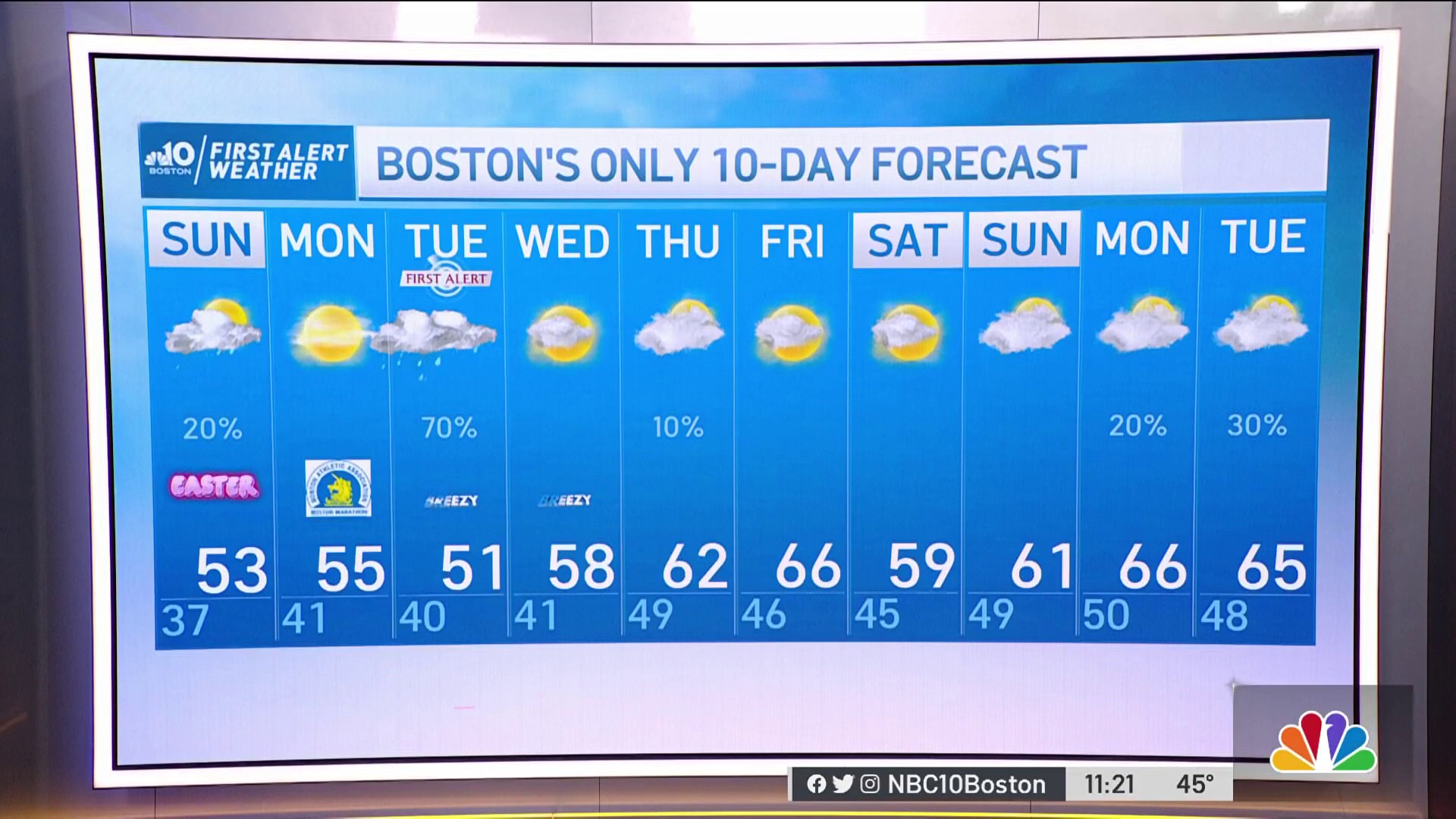