Two British jihadis have been charged with the torture and beheading of Foley, a journalist from New Hampshire, and other American and European hostages

The U.S. Justice Department announced the charges against the two men, who are now in FBI custody, earlier Wednesday. Diane Foley said that, six years after her son was brutally killed, they send a message that America won't tolerate such heinous crimes.

"My hope is that we will start to get some answers," Diane Foley told NBC10 Boston in an interview Wednesday afternoon. "I'm just incredibly thankful."

Alexanda Kotey and El Shafee Elsheikh, the two British jihadis, are allegedly responsible for the torture and beheading of at least two dozen American and European hostages from 2012 through 2015.

It’s been a hard fought battle for Diane Foley, mother of beheaded New Hampshire conflict journalist James Foley. But eight years after her son was captured by ISIS terrorists in Syria, there was a step Tuesday in the right direction.

Foley, a journalist from Rochester, New Hampshire, was covering the crisis in Syria when, prosecutors say, the ISIS militants kidnapped him and held him captive for 20 months before his death in 2014.

"Jim was a truth seeker, as the best journalists are," Diane Foley said. "He would've wanted to truth to come out."

The U.S. recently agreed to waive the death penalty in this case, which unlocked necessary evidence from British authorities, paving the way for these charges and eventually a trial on U.S. soil.

"They will have a chance for their day in court," Foley said.

More on the James Foley Investigation 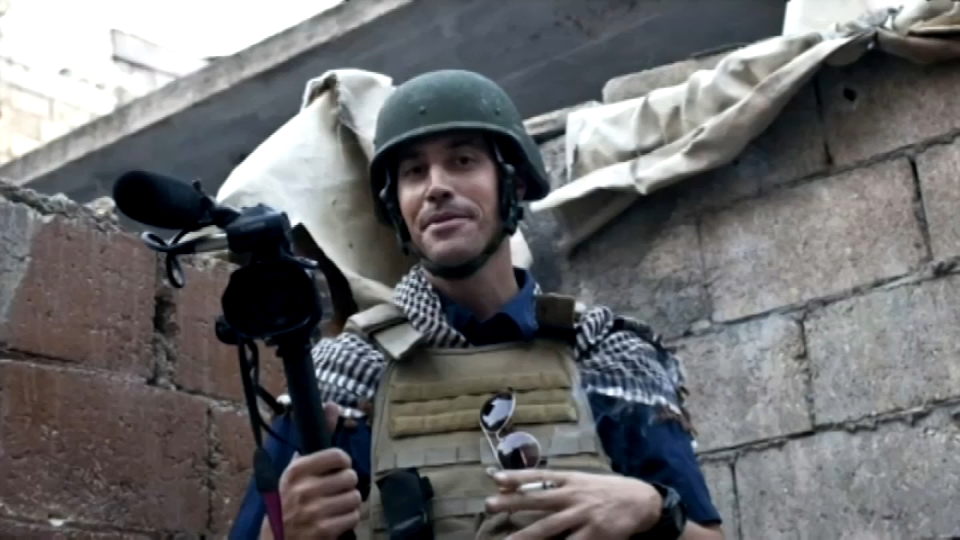 It's exactly what her family has been fighting for, saying it's not only the justice Jim deserves, but the truth he was seeking.

"I think he would want them to have the opportunity to share why, why they would do this," she said. "They're the two living witnesses of what went on."

The remains of James Foley and other hostages have never been recovered.

Diane Foley said she's hopeful that this trial will uncover that information, so her family can finally bring Jim back home.