Here's Why RSV Is Sending So Many Sick Kids to Hospitals, Putting Them at Capacity

Mass General Brigham saw 1,000 cases of RSV in the first week of November, after seeing 2,000 in all of October, said Dr. Brian Cummings

A serious surge in cases of RSV, the common children's virus, is hampering pediatric hospitals in Massachusetts and across the country, increasing wait times at hospitals and sending administrators scrambling to ensure kids are getting the care they need to get better.

The surge, which began in late summer, is intense — Mass General Brigham, the state's biggest health care provider, saw 1,000 cases of RSV in the first week of November, after seeing 2,000 in all of October, said Dr. Brian Cummings, who works at the pediatric intensive care unit at MassGeneral Hospital for Children.

"There's really been exponential growth," he said at a briefing Thursday, noting that most hospitals in the Boston area are finding a way to deal with the surge despite being over capacity.

Doctors from Massachusetts General Hospital discuss how they've been impacted by the rise in RSV patients this summer and fall and what caused it.

Boston Children's Hospital has cited RSV as one reason it's cutting back on its elective surgeries this season.

RSV, which stands for respiratory syncytial virus, is an infection that disrupts the airways and usually feels like the common cold. Almost all children get the virus by the time they're five, but this surge is a product of the coronavirus pandemic, Cummings said, when isolation and masking disrupted the typical spread.

"A lot of RSV was not being spread in the previous years," he said. That lowered the number of people with immunity, and "now that it's circulating a little more typically, there are many more people susceptible."

Five local health centers were convened by state health officials to coordinate on care, and while it's been successful, according to Cummings, it hasn't solved the root cause of the problem — the surge in RSV cases.

"Almost all of us are operating over capacity," Cummings said. "Our ICU is completely full."

To adapt, some older kids have been moved to adult wards, while some infants are being sent to neonatal wards who wouldn't usually be cared for there, Cummings said. Still, some pediatric surgeries had to be canceled this week..

According to the CDC, RSV results in around 58,000 annual hospitalizations and 100 to 300 deaths among children under 5 each year in the U.S.

"That is an unfortunate reality right now because we have to make difficult decisions about where to place patients," he said.

Dr. Alexy Arauz Boudreau, the associate chief of Pediatrics for Primary Care at MGH, said that "what Dr. Cummings has described is really unprecedented in my career as a pediatrician."

Still, the illnesses children are getting are the normal response to a routine virus, it's just that children haven't been exposed to them for so long, she said.

Most children who get RSV will be fine, including ones who are hospitalized. "What is important is that we monitor them," Arauz Boudreau added.

Children's hospitals across Massachusetts are concerned about capacity as beds fill up with young patients suffering from RSV.

Parents should look out for their sick children being "tired at rest, working hard to breathe or not drinking enough fluids," which are signs to call their pediatrician. Frequent hand-washing, cleaning surfaces and not meeting up with people when you're sick can help prevent the spread of the virus, and it helps to get routine vaccines.

The Massachusetts Hospital Association has noted that it is "working closely with state and local leaders to address the growing volume of patient demand, including RSV, as our caregivers navigate a tremendously challenging time," and that Massachusetts hospitals are coordinating on bed availability and more.

"This partnership will be especially important as we head into another difficult winter and healthcare organizations try to overcome a historic series of pressures," the Massachusetts Hospital Association said in a statement. 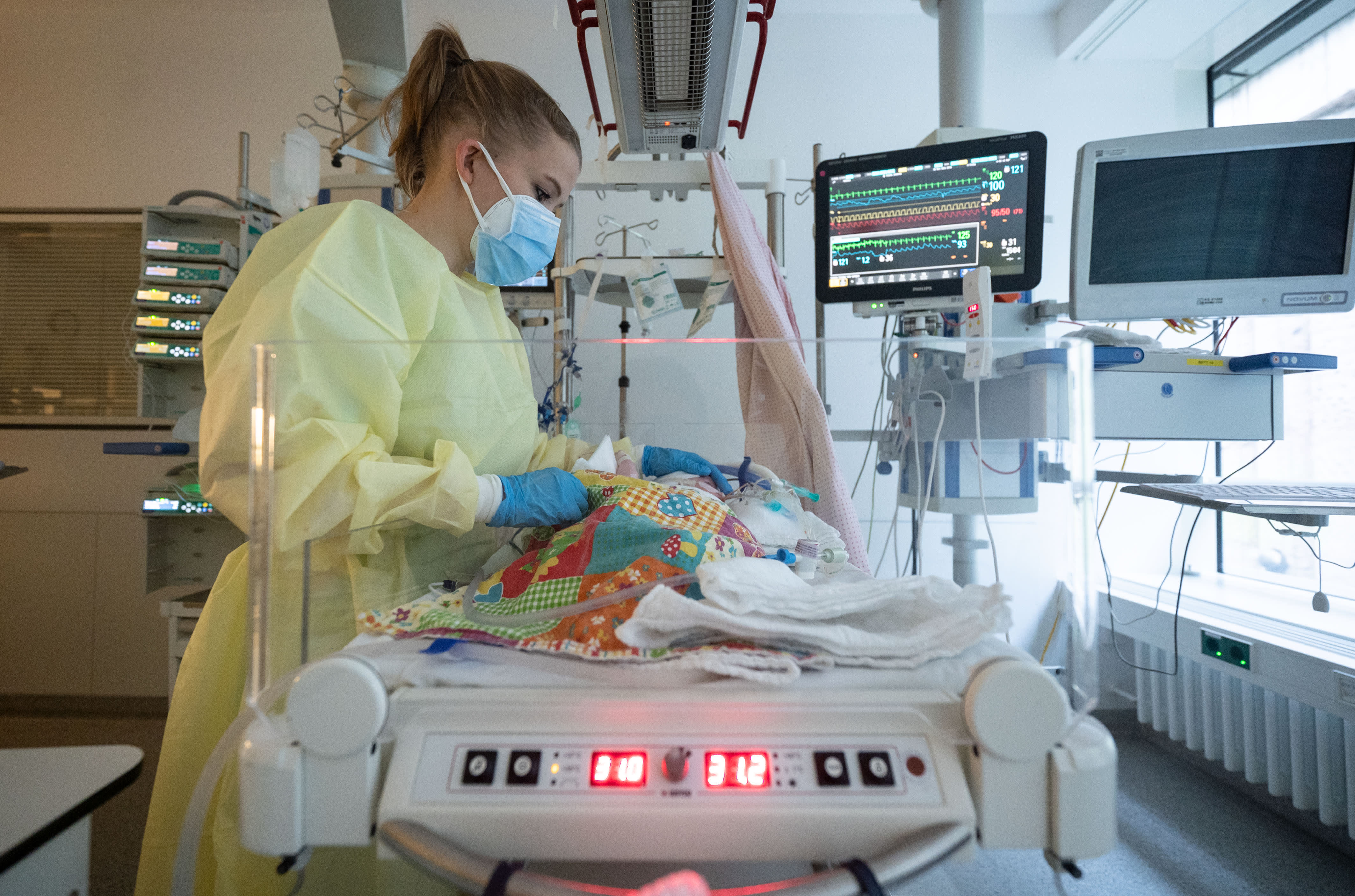 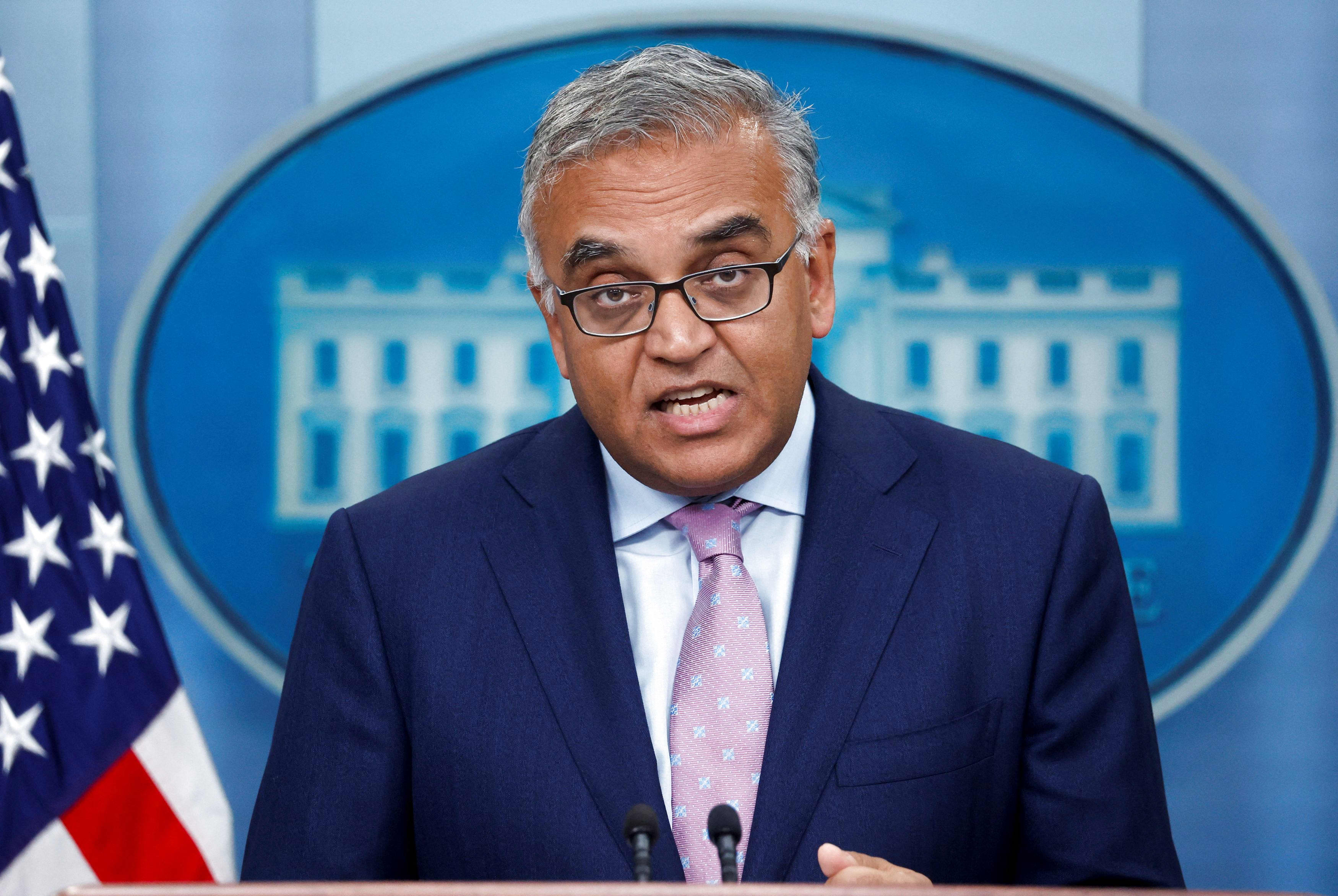 Dr. Jha: A ‘Tripledemic' Could Hit the U.S., But ‘We're Not Powerless Against It'