Amid Probe Into Medford Woman's Death, Records Shed New Light on Her Life

The body of Barbara Hovey Novaes, 61, of Medford, was found Monday morning behind her Emery Street home

As the police investigation into what authorities have called the suspicious death of a mother in Medford, Massachusetts, continued Tuesday, court records shed new light on the victim's life.

Sixty-one-year-old Barbara Hovey Novaes was first reported missing by her son around 6:45 a.m. Monday. Her body was later found in a recycling container under the porch in the backyard of her home on Emery Street, Middlesex County District Attorney Marian Ryan said Monday night.

There were no obvious signs of trauma, but Ryan called her death suspicious.

No arrests have been made, and authorities have not identified a suspect or a person of interest in the investigation.

The body of Barbara Hovey Novaes, 61, of Medford, was found Monday morning behind her Emery Street home.

NBC10 Boston learned Tuesday that Novaes had requested a restraining order from her husband, writing that he had not accepted her decision to move forward with divorce proceedings, according to a complaint for protection from abuse. An "emotional" conversation on May 6 led her to lock herself in her bedroom when her husband wouldn't leave.

Her husband's alleged actions placed her in fear of imminent serious physical harm, according to the court records.

But in an email on May 17, Novaes withdrew her request for a restraining order, saying an agreement had been reached, the records show.

Authorities have not said whether there is a connection between Novaes' death and her divorce proceedings.

Police logs indicate officers had been called to the home three times over the last six months for a disturbance, an identity theft and a suicide threat.

Ryan had said Monday that the Medford Police Department had past contact with Novaes for a variety of reasons but did not elaborate.

Detectives were back on the street, near Tufts University, on Tuesday trying to figure out what happened.

Neighbors said they saw Novaes both Saturday and Sunday tending to her property.

"She cared about the neighborhood," said a neighbor, who did not want to be identified, of Novaes. "She took really good care of her property, she helped other people out in the winter clearing the snow, whatever anybody needed."

Another neighbor told NBC10 Boston that this happened to one of the kindest women she's ever known and that it never should have happened.

Police have stepped up patrols in the wake of Novaes' death.

Novaes' son told police he had last seen his mom Sunday afternoon at their home, and he believed she was leaving for a nail appointment, officials said. He also reported that the front door of their home was open when he woke up Monday, and that he found his mom's keys, phone and purse, and her car was still in the driveway.

Middlesex DA Marian Ryan said they are investigating the death of Barbara Hovey Novaes, 61, of Medford, whose body was found Monday morning behind her Emery Street home.

Medford police responded to the home to investigate, and an officer found Novaes' body around 8:30 a.m. inside the recycling container in an enclosed area under the porch in the backyard, Ryan said.

There were no obvious signs of trauma, but based on the circumstances and the location of Novaes' body, officials were investigating her death as suspicious. Officials have been awaiting autopsy results to determine how she died and whether or not it was a homicide. 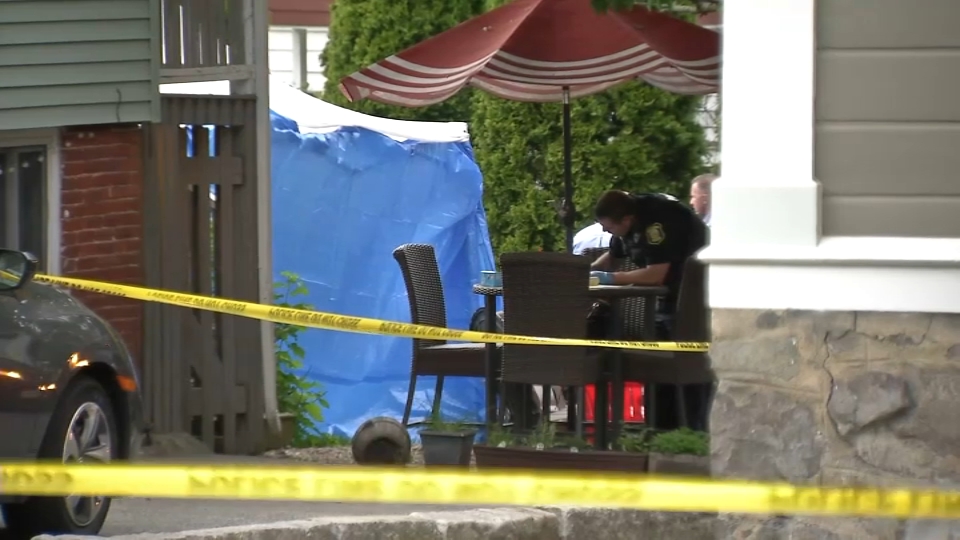