The area near Post Office Square on Milk Street near Broad Street was flooded with water while temperatures were in the teens Tuesday morning.

A water main break on Milk Street in Boston sent a steady stream of water through the streets on a frigid cold Tuesday morning.

The area near Post Office Square on Milk Street near Broad Street was flooded with water while temperatures were in the teens Tuesday morning, creating icy conditions. The Boston Fire Department and crews with the Boston Water and Sewer Commission were on scene when the break happened around 6 a.m.

“It started surrounding the building it was like a horror movie because I was watching the camera I am like is this really happening," Sharon Valentine, who was working in an adjacent building when the break and flooding began, said.

"We were going for lunch, because I'm going on maternity leave soon, so we were getting together for one last time, and the restaurant is closed because of the water main break," said Jiana Gullion, who was trying to eat at the Warehouse Bar & Grille.

City Golf, an indoor golf training center, is located right at the spot where the water main broke.

"We woke up to a nice huge water main break directly outside our front door," said owner Gary Parker.

He kept the business open even though it was hard to get to, costing the business some foot traffic at a time when every customer helps.

Businesses in the neighborhood have been hit hard by fewer workers commuting into the Financial District because of the pandemic.

"Two out of every three stores are still closed, mostly restaurants, very few opened, those that have reopened struggled," he said.

Boston Water and Sewer crews could not immediately find the valve to shut off the water, and it poured through the roads in the Financial District as those crews spent two hours turning off all the valves. The utility later said a 12-inch pipe had broken just before 6 a.m.

"It's a pretty good bet the weather had a lot to do with it," said Tom Bagley, spokesman for the Boston Water and Sewer Commission. "The cold temperatures can affect pipes in a very brief period of time."

A water main break on Milk Street sent a steady stream of frigid water rushing through the streets Tuesday morning.

Much of the water turned to ice, making it an even more difficult day for the crews working on the repairs.

"It’s a tough day to work on a water main. The temperatures are ridiculous. ridiculously low," Bagley said.

"You've got to be very careful where you're going," said John Greeley, a dig crew supervisor in charge of the repairs. "Slippery conditions, equipment freezing up, some of our pumps have froze already."

Bagley said there is no water damage to surrounding buildings, but many were without water service as crews had to go around turning the valves back on one by one, to determine the location of the break.

Meanwhile, the water in the streets froze over, making for treacherous conditions.

"I am very clumsy and I know this is ice on top of water and it can be very dangerous," Valentine said.

Crews were digging up the road to make repairs. They expect to be out all day.

The Rose Kennedy Greenway is an alternate route. 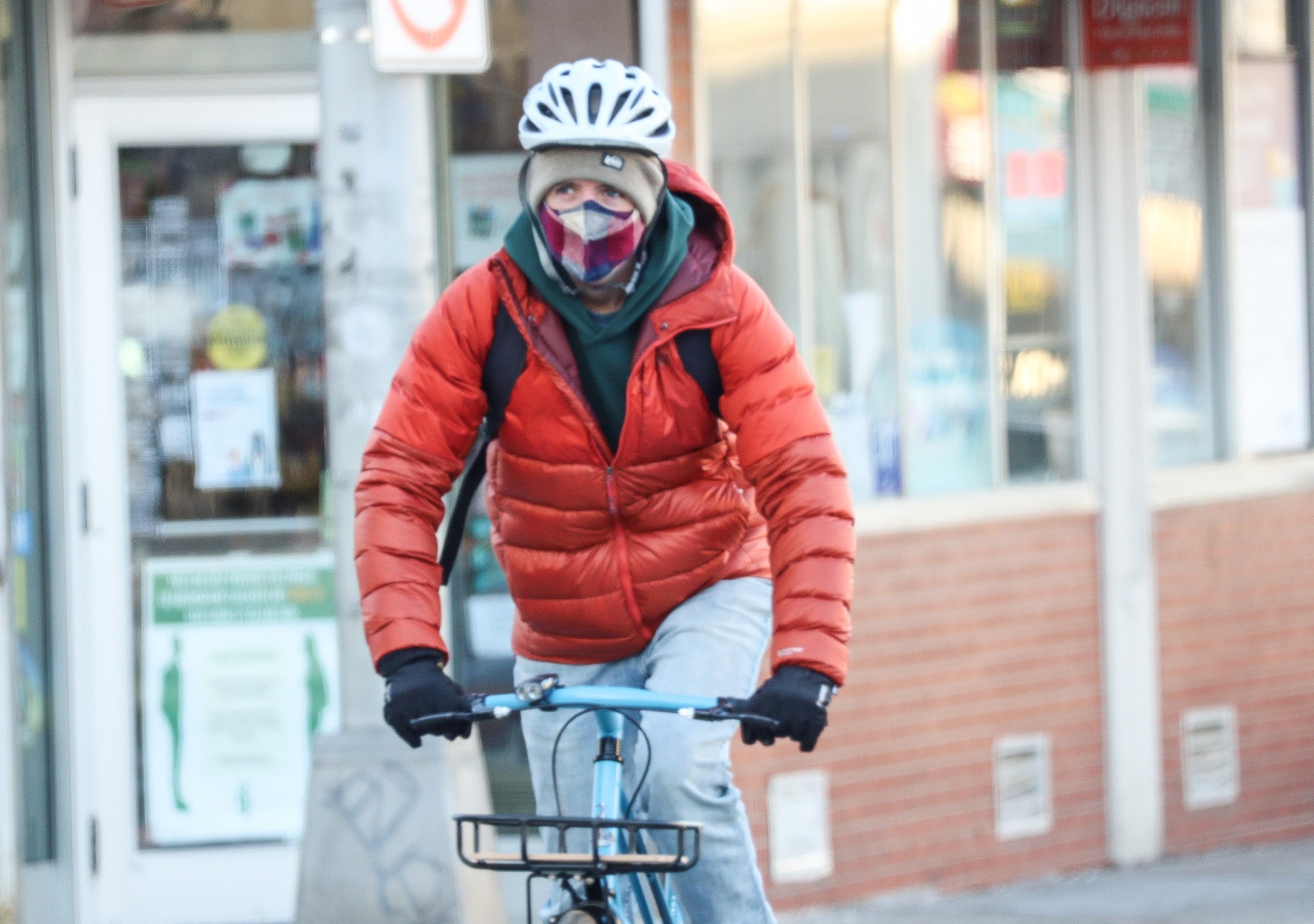 Everything You Need to Know for Extreme Cold in Boston Tuesday 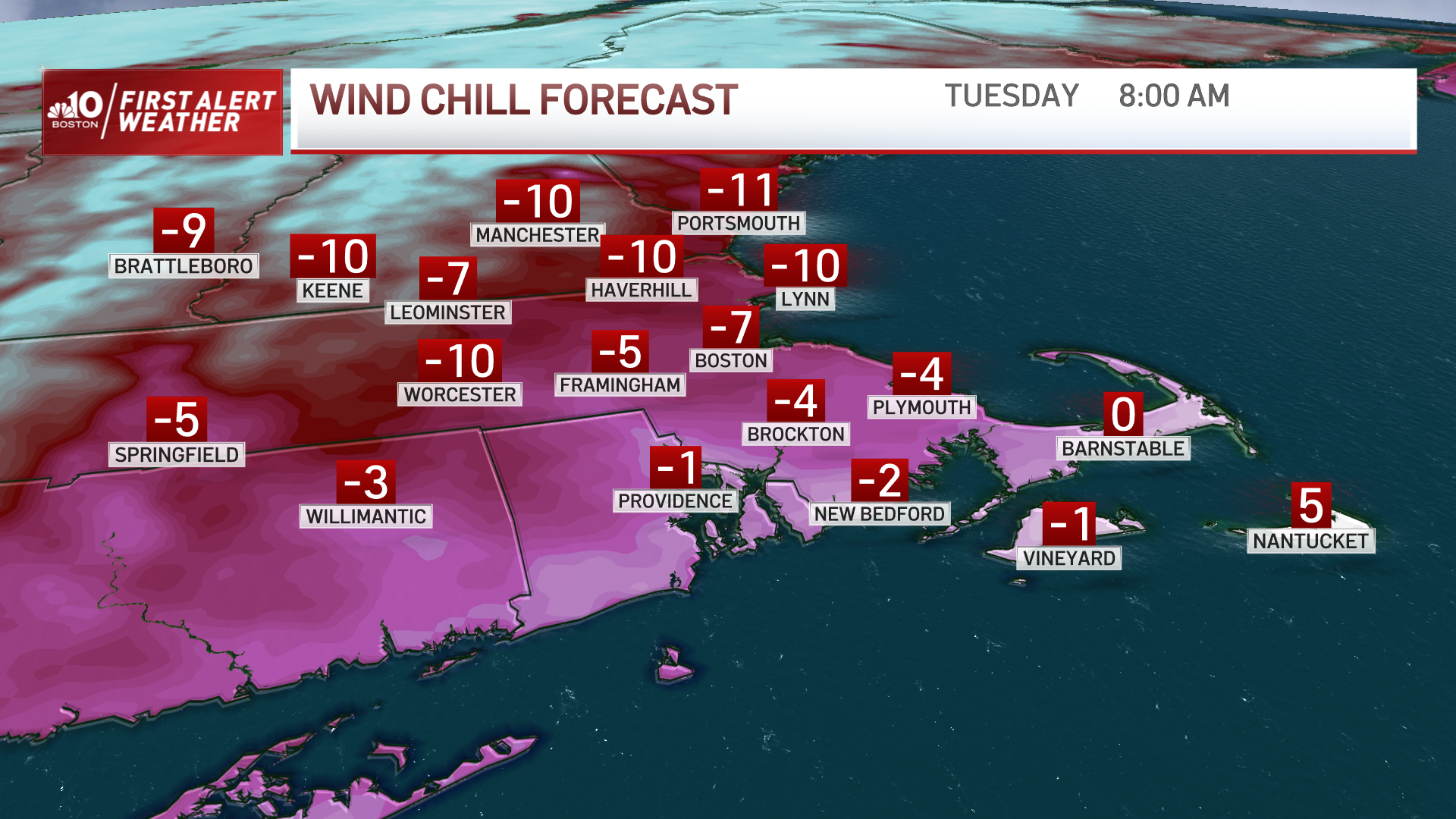