Andre Sterling has a history of using false names and documents, according to authorities, and didn't typically spend extended time in any one place

An "armed and dangerous" suspect who was wanted in Massachusetts for allegedly shooting a state trooper in Cape Cod last month died early Friday after a shootout with U.S. Marshals in New York City that left two of the officers wounded.

Deputies were searching the Bronx for Andre Sterling, a 35-year-old man accused of shooting Trooper John Lennon during a traffic stop in Hyannis on Nov. 20.

Massachusetts U.S. Attorney Andrew Lelling said the deputies were executing a fugitive warrant his office issued for Sterling when they were confronted with gunfire.

Three marshals with the New York/New Jersey Regional Fugitive Task Force took fire as soon as they entered the Bronx apartment where they believed Sterling was located, according to a law enforcement official who was not authorized to discuss the incident publicly and spoke to The Associated Press on the condition of anonymity.

Sterling was killed in the 5:30 a.m. gunfight and his gun was recovered at the scene. A second man in the apartment was arrested.

The two deputy marshals injured in the confrontation were treated at a hospital and were expected to recover. One was hit in the leg and another was struck in his arm and leg, according to federal officials.

"At a time of constant, opportunistic, and absurd anti-police rhetoric, this is today's reminder of the sacrifices law enforcement officers make every day to keep us safe,'' Lelling said in a statement.

City police blocked off a four-block area of the Bronx's Wakefield neighborhood, where trees, brick row houses and single-family homes line the streets. Four Massachusetts state troopers were at the scene to maintain a perimeter outside of the apartment to ensure public safety.

A man accused of shooting a Massachusetts State Police trooper on Cape Cod was killed in a shootout with U.S. Marshals in New York.

Investigators on the Cape warned law enforcement just last week to be on the lookout for Sterling and that he was "armed and dangerous" after Lennon was shot. The bullet went through the 28-year-old's hand and struck his bulletproof vest near his shoulder.

“The message here is for the protection of the next police officer who may encounter this individual," Cape & Islands District Attorney Michael O’Keefe said Wednesday.

Sterling was wanted on charges of armed assault with intent to murder, possession of a firearm and assault and battery for shooting Lennon, who just graduated from the 85th Recruit Training Troop in May.

Sterling had another warrant in Massachusetts for an identity fraud charge, and he was also wanted on narcotics charges in Wyoming, according to police in Massachusetts.

Police are searching for Andre Sterling, the man accused of shooting a Massachusetts State Police trooper during a traffic stop on Cape Cod last week and who remains on the run.

The manhunt for Sterling began on the Cape after officials said he drove away immediately after shooting Lennon.

Investigators found Sterling's BMW in Connecticut a few days ago, more than a week after the shooting on Cape Cod. They then used electronic communications to track him down at the apartment complex in the Bronx where he was killed Friday, but its still unclear how he made it to New York.

Authorities had speculated last week that Sterling may have fled the area, noting that he didn't typically spend a lot of time in any one place. Sterling has a history of using false names and documents, Massachusetts State Police Colonel Christopher Mason said last week. He was also known to go to Florida and other locations on the west coast.

Andre Sterling was accused of shooting a Mass. State Police trooper in Cape Cod last month before he was killed in a shootout with U.S. Marshals in New York City Friday morning. Sterling has a history of using false names and documents, according to authorities, and didn't typically spend a lot of time in any one place. 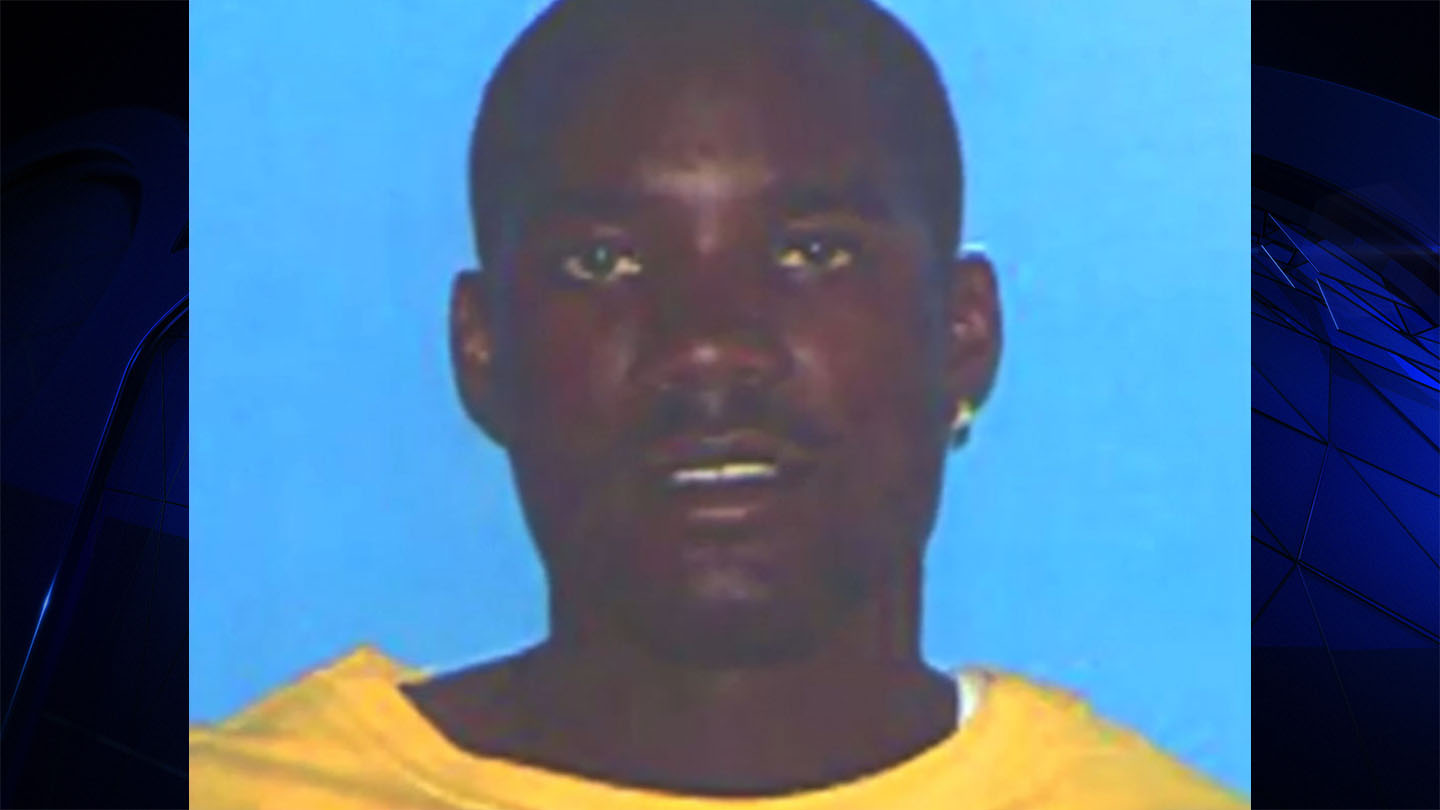 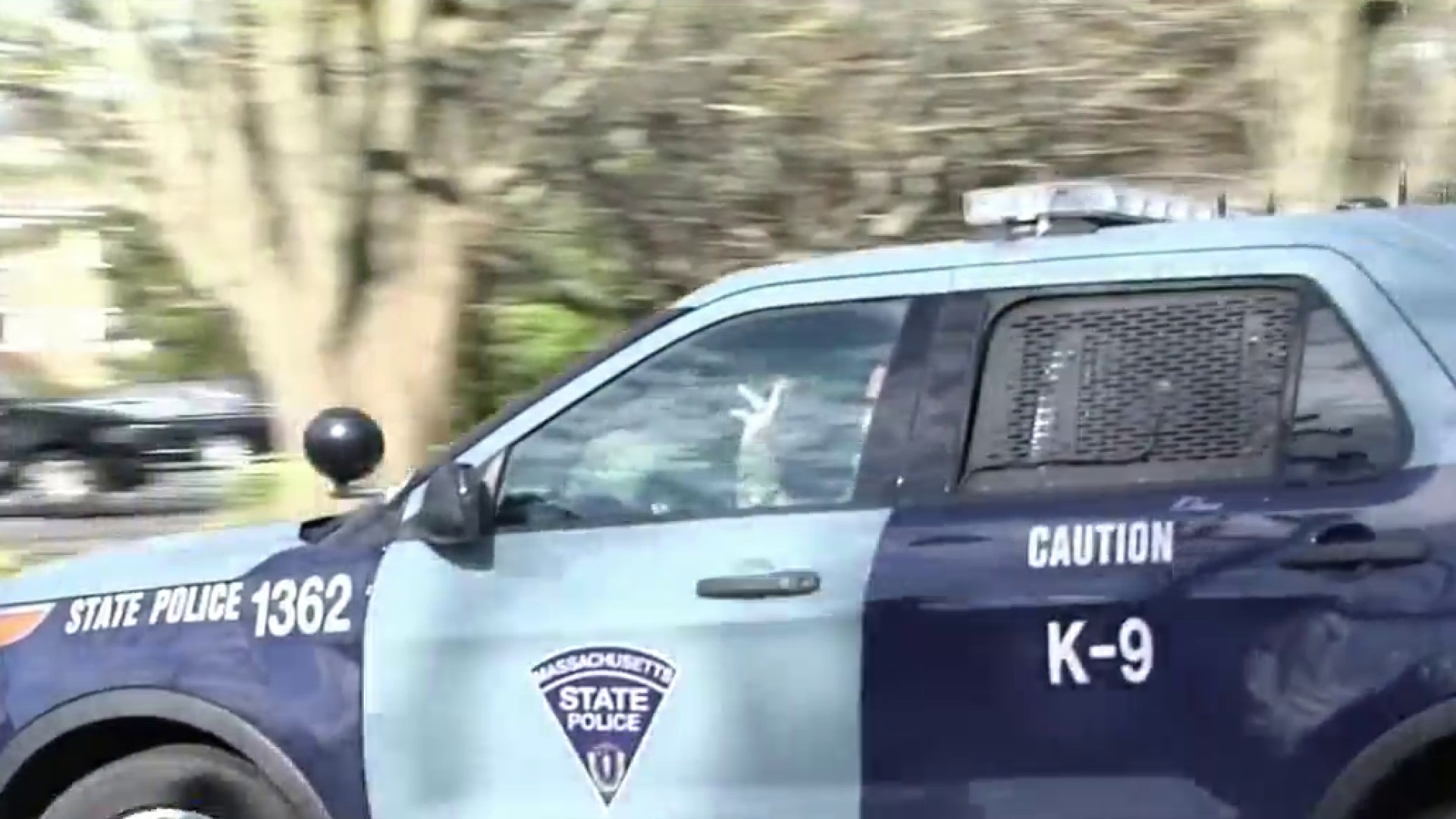 Lennon was released from Massachusetts General Hospital last week and will remain on injured leave as he continues to recover at home.

"I just came by today to thank the State Police and to let them know that we love them and we respect them," Xiarhos said.

Xiarhos said the situation reminds him of Sgt. Sean Gannon, who was shot and killed in the line of duty on April 12, 2018. Gannon’s K-9, Nero, was also shot and underwent emergency surgery. He has since recovered.

"It brings back a lot of memories of Sean Gannon," Xiarhos said. "Thank God we aren’t going through a funeral of a police officer."