Hoyer or Stidham? Without Newton, Patriots Have Slim Pickings at QB

Imagine if Cam Newton hadn't just been sitting there in free agency at the end of June?

Games like the disaster that was on Monday night against the Chiefs would have been the par for the course for the Patriots in 2020. Maybe not quite that disastrous, given the NFL's shortsighted determination to shoehorn that game into Week 4 in the first place...but not much better.

Brian Hoyer and Jarrett Stidham are what they are at this point in their careers.

Hoyer, in his 12th NFL season, is a poor man's Ryan Fitzpatrick. After the debacle in Kansas City, is calling him a serviceable backup even on the table anymore?

Hoyer is a pro's pro as a teammate, the only quarterback this century with a winning record for the Cleveland Browns (seriously -- he's 10-6 for the DawgPound) and an all-around good guy. A starting quarterback for a team still fully capable of winning the division? Not so much.

Stidham, meanwhile, has done absolutely positively nothing to show he's any more than a career backup himself at this point. As a fourth-round draft pick, you can't truly call Stidham a bust, but it's a more fair label than "heir apparent" to Tom Brady at this juncture.

It's mind-boggling that the quarterback once thought to be next in line to Brady is now 7 for 17 in his career with three interceptions, two of which have been returned for touchdowns. Yes, the pick-six intended for Julian Edelman the other night was on the receiver, and that was a nice touchdown pass to N'Keal Harry, but...come on. Tom Brady didn't become Tom Brady overnight, but every quarterback thrust into action when Brady was unavailable -- Matt Cassel, Jimmy Garoppolo and Jacoby Brissett -- at least showed a pulse. 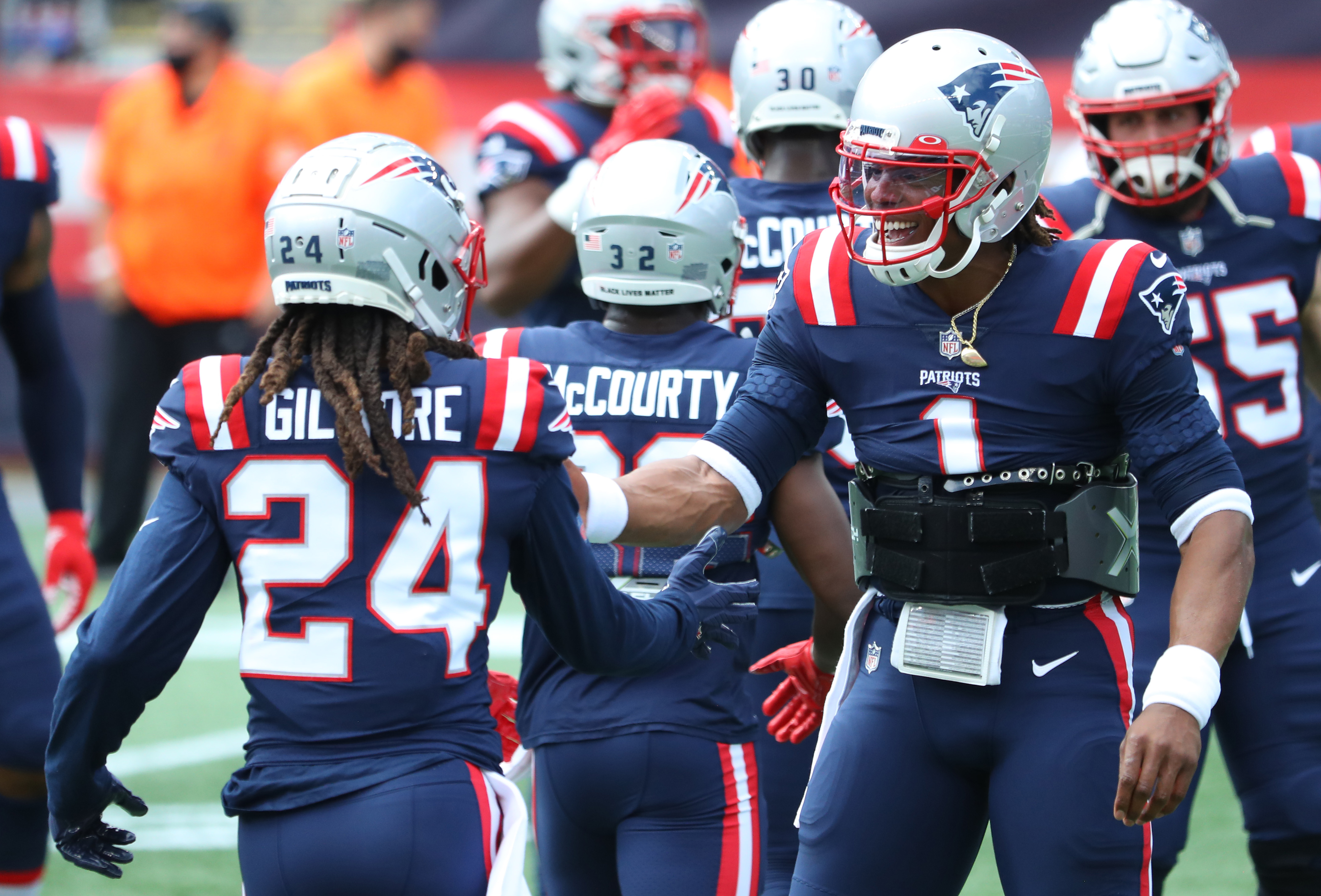 Don't forget that Brady was able to beat out veteran Damon Huard for the backup job to Drew Bledsoe once upon a time. In the context of what we knew about both Huard and Brady then, Hoyer and Stidham are an apt comparison.

Of course, at this juncture, the Patriots are more or less stuck with Hoyer or Stidham until Newton can return from the reserve/COVID-19 list. There's a free agent quarterback available with a similar skillset to Newton who once led his team to a Super Bowl berth, but I digress.

Hopefully, New England's Week 5 game against Denver getting pushed back to Monday at 5 p.m. is enough extra time for Newton -- and Stephon Gilmore -- to get healthy, ludicrous as that notion sounds. If not, who should get the start?

"We'll see how it goes," Bill Belichick said earlier this week, asked if the plan was to stick with Hoyer under center. "We'll make a decision on that after we get more information on all those guys, starting with Cam."

For as inexcusable as Hoyer's mistakes were in the red zone Monday, he did at least lead move the ball into those areas. The Patriots had three drives of 13 plays with Hoyer on Monday, which resulted in a grand total of three points, but there was some consistency in just getting there.

Again, it's completely insane that these are the silver linings we're looking for in the post-Brady world, but that's where we are.

Sunday’s football game between the Pittsburgh Steelers and Tennessee Titans has been postponed due to multiple members of the Titans’ team and personnel tested positive for the coronavirus.

It appears as though New England is leaning towards Stidham, however. And that's the right move.

Young quarterbacks get mismanaged all the time in the NFL for one reason or another, never to recover. The thing is until a quarterback actually gets a fair shake at starting at least a game or two, you never know.

Look at the curious case of Christian Hackenberg and the Jets, for example. New York spent a second-round pick, 51st overall on the former Penn State QB in 2016, only to never let him see the field even once before trading him to the Raiders for a conditional seventh-round pick two years later.

Hackenberg couldn't beat out the likes of Fitzpatrick, Geno Smith and Josh McCown in the Meadowlands due to total incompetence in practice, as has been reported. He likely wouldn't have amounted to much as a starter anyways because, well, Jets, but to completely dismiss such a valuable draft pick without ever getting him on the field seems just as insane.

Stidham has seen the field, and the results haven't been pretty. Should he start Monday, it's not like he'll have the weaponry Cassell, Garoppolo or Brissett had when they were thrust into duty.

Might as well give the kid a start though. Newton is only signed through the remainder of this season, and if he plays the way he has to date, another deal at the veterans minimum ain't happening.

Seeing how Stidham responds to, let's say, less than ideal circumstances will be as surefire proof as needed to see if it's worth keeping him around beyond this season, whether as a starter or backup.

The sooner the Patriots know they need to go back into the draft for a quarterback at some point in 2021, the better.