Stephon Gilmore, Dont'a Hightower and Matthew Slater were the only three New England players to earn a Pro Bowl nod.

The Pro Bowl, as an athletic competition, is a joke masquerading as a game of tackle football.

Getting selected to the Pro Bowl is another matter entirely.

It’s an honor to be named to the Pro Bowl, even if you don’t compete in it. Tom Brady has been named to the team 14 times — a record which he shares with Peyton Manning, Tony Gonzalez, Bruce Matthews and Merlin Olsen — but he hasn’t actually competed in the event, now held in Orlando, Florida, since after the 2004 season.

Brady won’t be competing in this one, either. It’s the first time since 2008, when he was injured in Week 1, that he hasn’t actually had to turn down his Pro Bowl invitation and just the fifth time overall in his 20-year career. 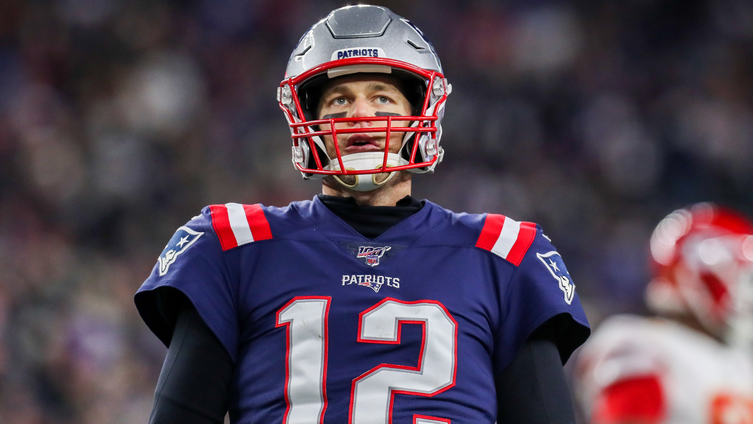 Is Tom Brady Missing Pro Bowl a Big Deal for Patriots? What History Tells Us 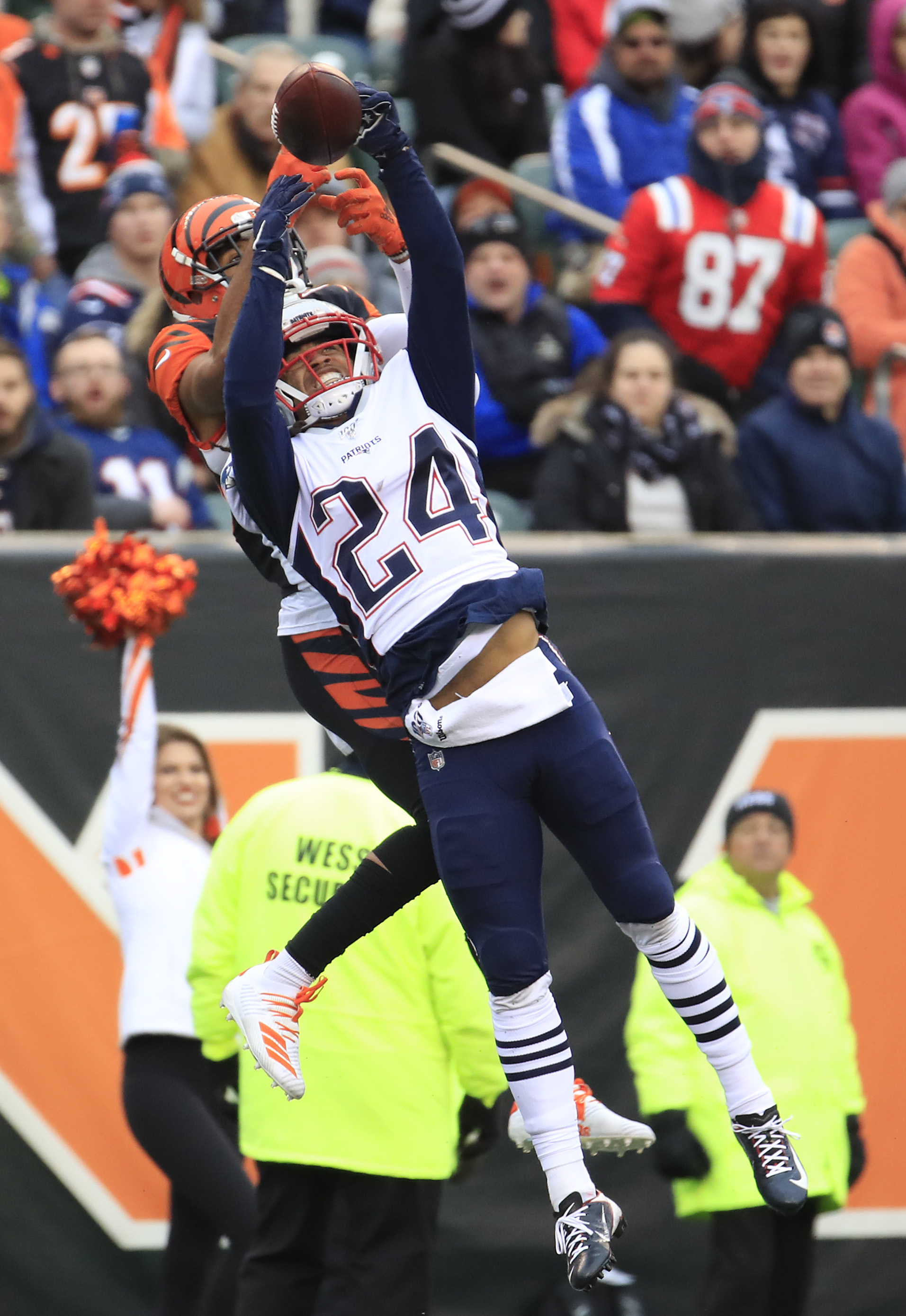 The Patriots who made the cut are cornerback Stephon Gilmore, linebacker Dont’a Hightower and special teamer Matthew Slater. Slater, with his eighth selection, has surpassed Steve Tasker for the most all-time at his position.

Even if the Patriots fail to advance to the Super Bowl, which automatically exempts players from partaking in the game, it’s unlikely you’ll see Gilmore, Hightower or Slater in Orlando. No New England players have participated since 2013, when Slater, Rob Gronkowski and Logan Mankins flew out to Aloha Stadium in Hawai’i for the game.

Still, there are several Patriots players who have a legitimate gripe that there isn’t an invitation to turn down in the first place. In ascending order, here are the five biggest New England snubs for the Pro Bowl:

OK, so no one has ever lit a pitchfork over their punter not getting a Pro Bowl nod.

The right-footer from Stanford had a legitimate case to be the first Patriots rookie selected to the game since Devin McCourty in 2010, with the second-most punts inside the 20 in the NFL. Alas, he’s one back of Tennessee’s Brett Kern, who’s pinned opponents inside the 20-yard line 34 times to Bailey’s 33. Kern also has a higher net average than Bailey, and four fewer touchbacks.

For as good as Ryan Allen was, it’s fair to say Bailey has been even better for New England. Just not quite a Pro Bowler. Yet.

If we were basing this snub off of the first eight weeks of the season, we’d be talking about the biggest miscarriage of justice in Foxboro since DeflateGate. Collins was filling the stat sheet with six sacks, three interceptions, two forced fumbles and a defensive touchdown. You thought Patrick Chung’s second stint in New England was the gold standard? Collins was ready to redefine how to make good on a second chance with the Patriots.

Since then, however, Collins has been nearly invisible: no sacks — just one QB hit, even — no interceptions and just one forced fumble. It would have been ridiculous for Collins to keep up the level he’d been producing at but even in the run game he’s been a non-factor. He had 10 combined tackles against the Cowboys in Week 12, but just 17 over the other five games of the stretch.

If football had its All-Star Game midseason like other professional leagues, Collins certainly would’ve gotten the nod. But based off the whole body of work, it isn’t surprising Baltimore’s Matt Judon edged him out for the final spot at outside linebacker alongside Von Miller (Broncos) and TJ Watt (Steelers).

Like Collins, Van Noy’s production has waned just a bit in the second half. Not to the degree, however, that he deserved to be passed over for the Pro Bowl.

Then again, his primary competition was Hightower and Darius Leonard of the Colts. Leonard had an excellent rookie season in Indy, for which he was named First Team All-Pro at linebacker, and he’s been just as good in Year 2.

Better than Van Noy? That’s open to interpretation. Leonard plays weakside linebacker in a 4-3 for the Colts, while Van Noy can line up all over the formation for the Patriots in their 3-4. That role has enabled Van Noy, a pending unrestricted free agent, to compile a career-high 6.5 sacks and 13 QB hits, as well as a defensive touchdown. Leonard has 104 combined tackles to Van Noy’s 47.

Maybe Van Noy’s absence from the Pro Bowl will help keep his price tag down ever so slightly in free agency come March.

So what if McCourty doesn’t have an interception since Week 7? He’s still got five overall, more than the two Earl Thomas has for the Ravens, which is apparently enough to get a Pro Bowl call alongside Minkah Fitzpatrick of the Steelers — a no-brainer inclusion to the roster at safety.

McCourty leads Thomas in almost every defensive category of significance on top of picks, including tackles, passes defensed and fumble recoveries. Thomas does have 1.5 sacks to McCourty’s none.

Stephon Gilmore is the shiny exterior of New England’s secondary, but McCourty is the rock-solid engine enabling it to run so smoothly. That has to count for something when the Patriots, as a team, are holding opposing quarterbacks to a microscopic 57.4 passer rating.

Being a wide receiver in the NFL at age 33 isn’t supposed to look like this. Unless you’re Jerry Rice or Larry Fitzgerald, you aren’t supposed to be fourth in the league in receptions and 14th in receiving yards at this stage of your career.

That’s where Edelman is, his 92 catches for 1,019 yards — plus six touchdowns — through 14 games putting him on track to match or surpass career highs in every category.

The personal touch is nice, but Edelman has better numbers than three of the AFC’s four receivers taken before him (DeAndre Hopkins of the Texans was an obvious inclusion): Edelman has more catches, yards and touchdowns than either Jarvis Landry of the Browns and Tyreek Hill of the Chiefs, and more catches and touchdowns than Keenan Allen of the Chargers. Hill has only played in 10 games to boot.

Edelman has kept the Patriots offense above water almost single handedly, all while battling injuries to his knee and shoulder. It’s no stretch to say he’s the most indispensable member of the team not named Tom Brady right now.

Edelman’s snub also has big picture ramifications. Depending on where you stand on Edelman’s potential Hall of Fame candidacy, this could be a potential blow. While his postseason records speak for themselves — second all-time in receptions behind Rice and a Super Bowl MVP — the fact will be that Edelman has now played in the NFL for 10 seasons without being selected to a Pro Bowl. That’s sure to be a tough sell to Hall of Fame voters, even though Edelman has had at least three seasons (2013, 2016, 2019) which have been Pro Bowl-caliber.