It’s been a blustery and day that’s bringing us a cool wind chill.

While it’s tracking 40s in the thermometer for much of the area, we’re feeling in the teens up in the northern country, with wind chills in the 20s in most of New England and 30s across much of the south.

As the wind weakens Friday night, we’ll be watching for mostly clear skies that will allow radiational cooling and temperatures will drop to the 20s south and dip into the teens up north. Saturday we’ll be tracking more clouds with the chance of some scattered flurries in most of the north and higher elevations in northwestern Massachusetts. Isolated light showers may also pop up in southern New England Saturday evening but it is expected to remain a mostly dry day in the south.

If you have any plans for Sunday, you’ll be good to go for outdoor activities. Protected by a high pressure system, we’ll be enjoying a dry afternoon, under mostly sunny skies and highs that will remain cool in the 40s.

By Sunday night our weather pattern changes when a warm front will push in moisture, warm temperatures and windy conditions along with widespread rain over New England. 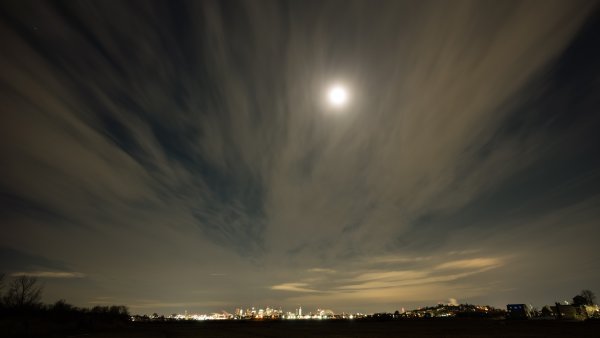 Numbing Weekend Ahead With Snow for Some 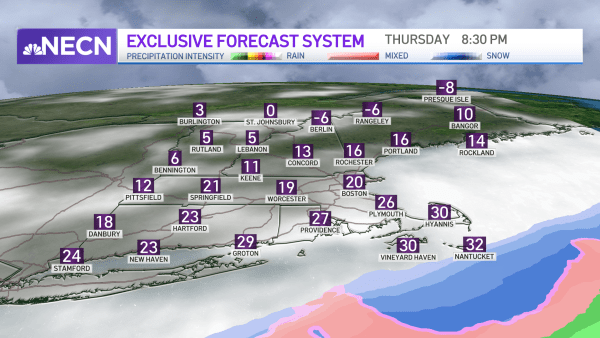 We’ve placed a First Alert for Monday due to the windy conditions that could gust up to 50 mph in southeastern Massachusetts and Cape Cod and in isolated high terrain areas.

We’re also keeping a close eye on Wednesday since this would be a cold storm arriving to New England, producing the chance for snow across much of the north and bringing the chance of rain and snow into southern New England as well.

Stay tuned on NBC10 Boston and NECN for the full details.