To meet staffing minimums at barracks, some veteran troopers are being pulled from specialty units and temporarily reassigned to patrol the streets

A staffing shortage is causing a shakeup inside the Massachusetts State Police, according to an email the NBC10 Boston Investigators obtained from the leader of the agency.

According to the memo, 46 veteran troopers are being pulled from their specialty units and temporarily reassigned to barracks, where they'll help patrol the streets.

In his communication to troopers, Col. Christopher Mason said the department expects to lose anywhere from 200 to 250 members during 2021.

An incoming class of 172 trainees won't be able to offset all those losses after they graduate in October and begin reporting for duty next January.

"These numbers represent very real staffing challenges," Mason wrote, noting the barracks have contractual minimums at each location. "As you know, when staffing reaches this level, the ability to use time off, officer wellness, forced shifts and increased backfill overtime costs are all negatively impacted."

Sgt. Mike Cherven is a 25-year veteran of the state police and also serves as the president of the State Police Association of Massachusetts, the union representing more than 1,800 troopers.

"This is the first time I've seen this in my career," Cherven said. "I think we need more troopers and we need them now."

So why such a shortage?

For starters, state figures show there has been a wave of retirements since the MSP endured a series of high-profile scandals, like the widespread overtime payroll fraud that lead to the dismantling of Troop E.

More on the Massachusetts State Police 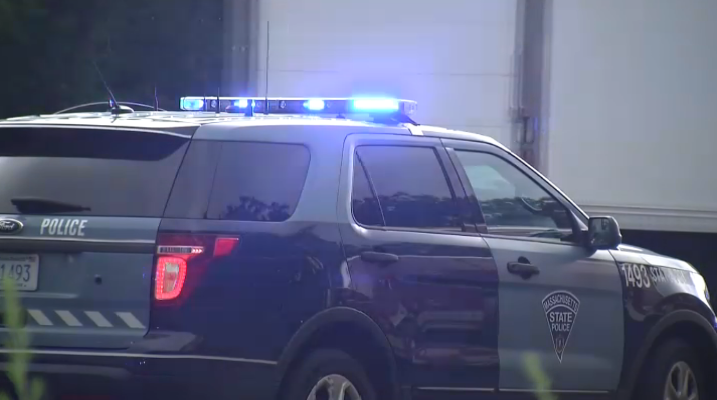 This year, a little more than 2,003 retirees are receiving paychecks. Five years ago, 1,481 former troopers were receiving pension benefits.

Cherven told NBC10 Boston a growing anti-police sentiment across the country is discouraging some people from entering careers in law enforcement.

He said others are opting for local police departments because they can get an incentive that offers higher pay to officers with a degree in criminal justice. State troopers lost the ability to collect the Quinn Bill compensation several years ago, which has hurt recruitment and retention, Cherven said.

"An educated officer is needed in today's society," Cherven said. "And we need to make sure they are receiving a comparable incentive to other departments."

Procopio added the temporary reassignments are being made to "continue to fulfill our responsibility to protect our roads and our communities" while decreasing a reliance on overtime shifts.

The 46 troopers are being reassigned from the department's homeland security and special investigative units — veteran troopers who work homicides, track gangs and conduct arson investigations.

On Tuesday, a spokesperson with the Essex County District Attorney's Office confirmed to NBC10 Boston that the office is temporarily losing two troopers who investigate unexpected and unattended deaths. A spokesperson with the Middlesex County District Attorney's Office confirmed the same number of MSP personnel.

A spokesperson with the Massachusetts Attorney General's Office said it is also losing two troopers.

"We are aware and are making adjustments as necessary to help address the shortage," the spokesperson added.

And a spokesperson with the Suffolk District Attorney praised the work of MSP personnel assigned to the office.

"We do not expect a noticeable impact if there are temporary deployments," the spokesperson said. "Such deployments to other government agencies happen on a regular basis. If there is a surge in need, we will address it."

According to Mason's memo, the changes will take effect on July 18. Some of the troopers will need refresher training, while receiving marked cruisers and body cameras.

"I fully expect there will not be 100% consensus on this approach," Mason wrote. "However, once a Trooper, always a Trooper."

Cherven said the alternative would be some members working around-the-clock overtime, unable to take vacation and at risk of burnout.

The union president said the importance of having well-rested troopers was evident earlier in July, when a lengthy standoff on the highway with a heavily-armed group ended peacefully without any shots fired.

"It's robbing Peter to pay Paul," Cherven said. "But we understand the necessary evil of this. It's an unfortunate situation we find ourselves in."