Pushed back a day due to the snowstorm, the mass coronavirus vaccine clinic at the Reggie Lewis Center in Boston's Roxbury neighborhood opened for people with appointments at noon Tuesday.

All appointments that were made for the original opening day on Monday, Feb. 1, at the Reggie Lewis Track and Athletic Center at Roxbury Community College were automatically rescheduled for next Monday, Feb. 8.

The clinic will operate at about 1,000 appointments per week, Boston Mayor Marty Walsh said. The Reggie Lewis Center is poised to ramp up capacity to become the city's second mass vaccination site, after the first opened at Fenway Park on Monday.

The site is part of a partnership between the city and Roxbury Community College to make the vaccine accessible to an area that has been hit particularly hard by the pandemic. As of Jan. 17, the neighborhood had a cumulative coronavirus positivity rate of 10.3% and surrounding areas have rates as high as 16.3%, according to the Boston Public Health Commission.

The Reggie Lewis Center in Roxbury will open as a COVID-19 vaccination site Tuesday, pushed back from its original opening date Monday due to the storm. Since many of Massachusetts' coronavirus vaccination sites had to make adjustments due to the weather, officials are encouraging people to confirm their appointments.

Massachusetts started vaccinating residents 75 years and older Monday as it entered the second phase of its COVID-19 vaccination plan, joining first responders, healthcare workers and residents of long-term care facilities, who were eligible in Phase 1.

Appointments opened up for those over 75 last week, but the efforts were hampered by numerous accounts of older residents who could not navigate the state's website or waited hours only to find that all slots were already full. Monday's nor'easter caused more scheduling headaches.

Haverhill's mayor, who created a task force in an effort to get as many shots out as quickly as possible, says the city has been bombarded with calls.

"It's incredibly frustrating, cause you don't get notice until a couple of days ahead of time how much vaccine you're going to get, and it's just impossible to pre-plan," Mayor James Fiorentini said.

A new coronavirus vaccination site will open Wednesday in Braintree.

In Braintree, a public vaccination site opens Wednesday. The community set up a website and phone bank to help make things easier for residents.

"I just feel that it is just so important the citizens of my community get vaccinated," said Mayor Charles Kokoros.

CIC Health, which runs both the Gillette Stadium and Fenway Park mass vaccination sites, announced changes to their vaccination schedules earlier this week in anticipation of the storm. Operations resumed normally Tuesday.

People trying to get vaccination appointments in Massachusetts are encountering hurdles.

"This is New England, we know this is going to happen sooner or later so we want to be open," CIC Health Chief Marketing and Experience Officer Rodrigo Martinez said. "It's no problem. We have the slots, we have the doses - it should be no problem."

Organizers are encouraging people with appointments to get the coronavirus vaccine to get confirmation before heading to sites Tuesday.

A mass vaccination site at the DoubleTree by Hilton Hotel in Danvers north of Boston is still scheduled to open Wednesday, state officials said. 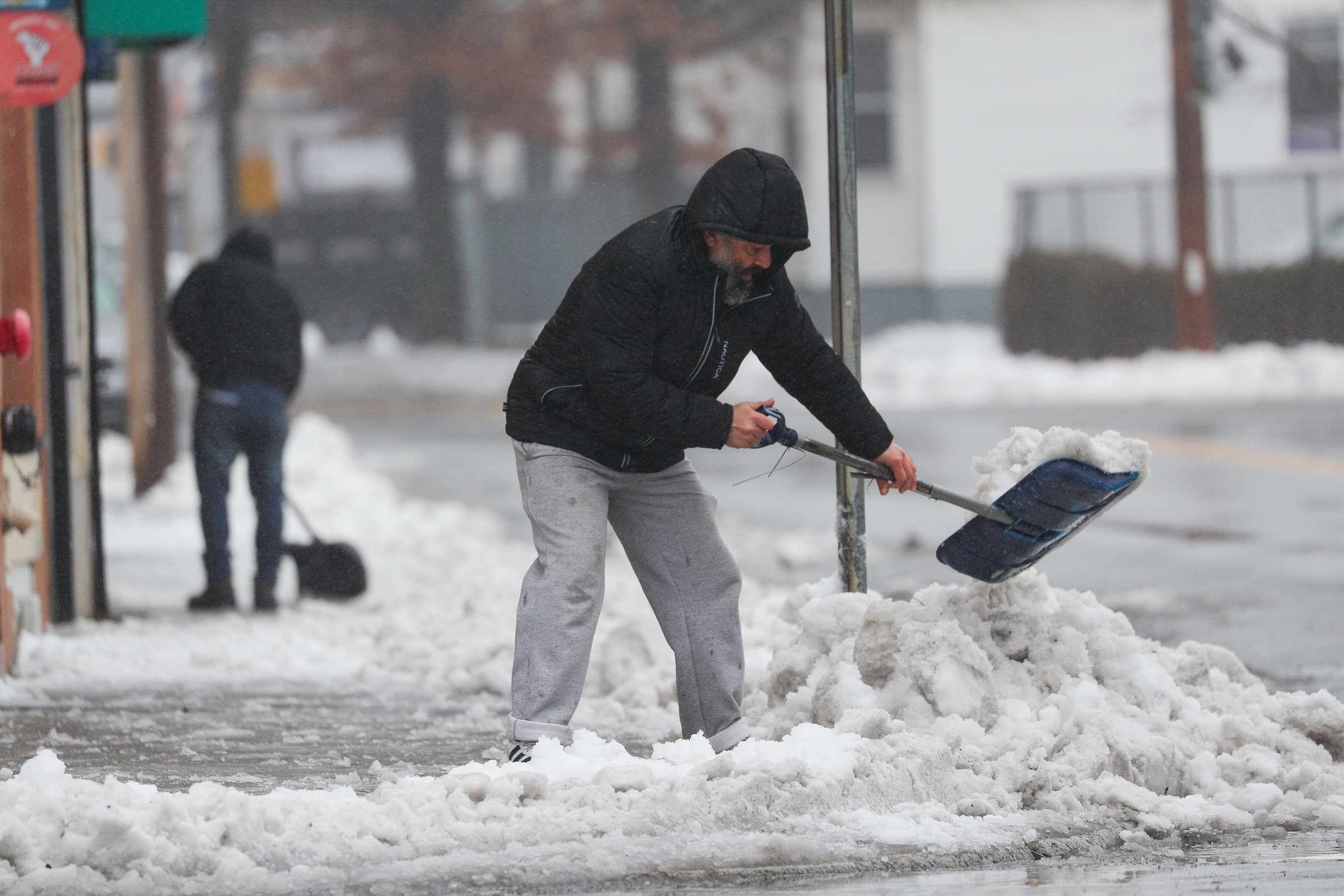