The snow continues to avoid New England, and we'll feel the temperatures warm up later this weekend

It's a beautiful late winter weekend for New England.

Though it may be cold to start off this morning, we begin a warming trend immediately. By this afternoon there will be plenty of sunshine, with high temperatures in the 30s north and 40s south.

The coolest air will be found at the higher elevations of the ski areas with a bit of a breeze from the southwest, and also along the south coast where that ocean water temperature is in the lower 40s. High pressure to our south is going to steer storms well to our north and west for the next few days.

That means we will continue with the sunshine Sunday. It won't be as cold to start the day, with a low temperature Saturday night in the teens and 20s. High temperatures on Sunday will be in the 40s at lower elevations up north, and reaching the 50s away from the coast south.

Monday is probably still fair and mild with temperatures well into the 50s in southern New England. A weak front is going to move in from the north Monday night and Tuesday. That means a cooling trend with more of a breeze from off the ocean.

It makes a big difference which way the wind blows in New England. It looks like we’re going to have a wind from the east starting Tuesday and lasting until Thursday.

Waves of low pressure will bring us a mostly light mix of rain, with some elevation snow Tuesday and Wednesday. Then a bigger ticket item will arrive on Thursday. 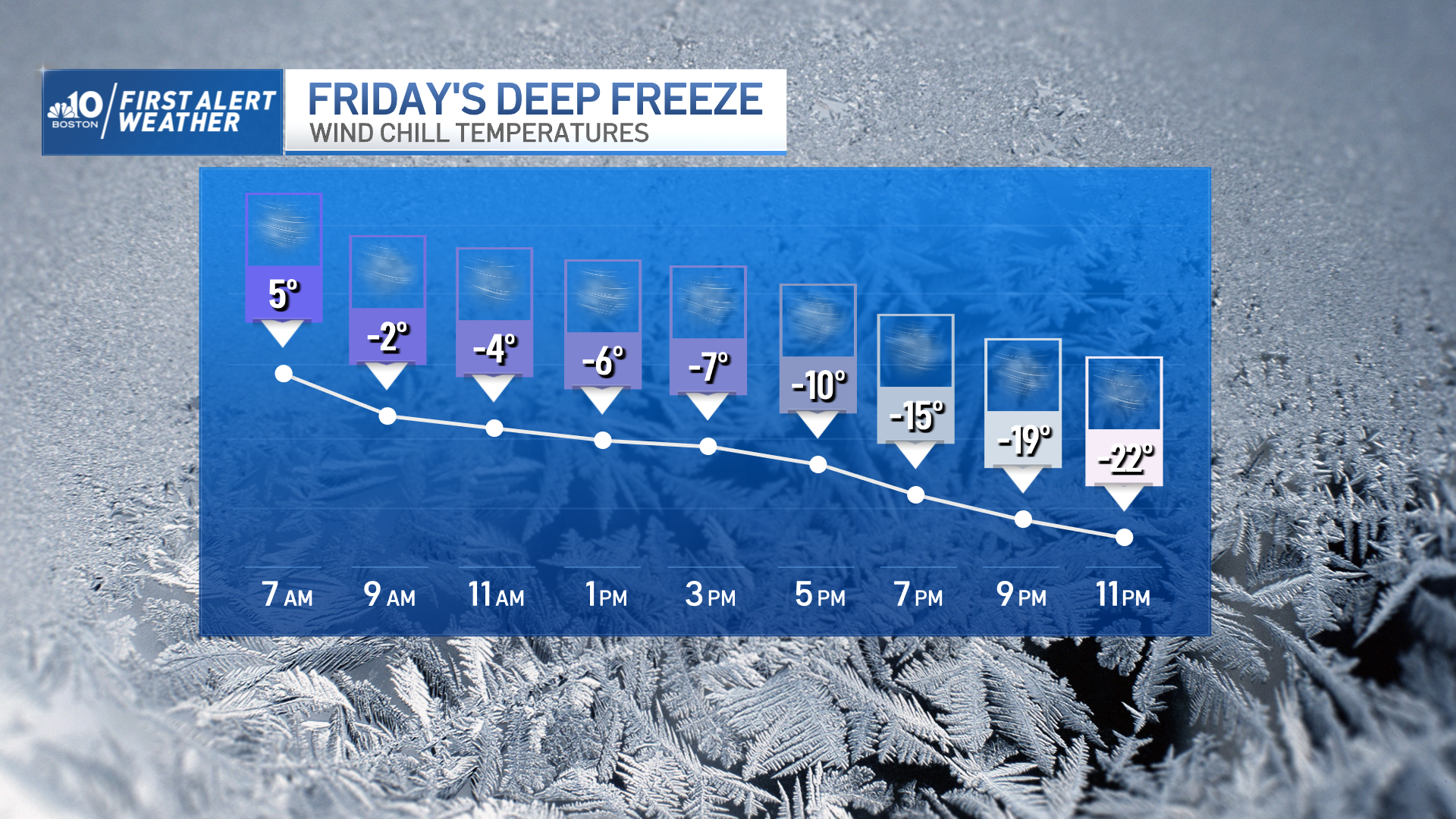 It’s a tough call but it looks like we’re going to have a similar rain, ice, and snow situation as we’ve seen so many times this winter. The storm is going to deepen rapidly in the Gulf of Maine, with a cold wind coming in Thursday afternoon and Friday.

It is probably setting the stage for a dry but chilly couple days next weekend. Stay ahead of it all here with our First Alert 10-Day Forecast.