FIRST ALERT: Snow Is Falling in New England. Here's How Much You Should Get

The main event Tuesday night into Wednesday morning brings us a widespread 1-3 inches of snow across the northeast, but it varies from the coast to the mountains

Snow showers are beginning across New England and will continue Tuesday evening, prompting a winter weather advisory across much of the region.

Our initial snowfall could be moderate to heavy, then it will taper a bit. Steady light-to-moderate snowfall will continue for the next several hours.

There was widespread snowfall Tuesday evening into Wednesday.

Tuesday night is when we see the most accumulation, with snow tapering off after midnight and becoming more widely scattered. In the evening, the roads will be snow covered and slick and this is the case into Wednesday morning and that's why we have a First Alert declared all over New England, except northeastern Maine (where you miss out on this round of snow).

“Everyone traveling should monitor the forecast and expect to travel at slower speeds when the snow is falling,” said Massachusetts Department of Transportation Highway Administrator Jonathan Gulliver in a statement warning about driving conditions. “If you have to be out during these hours please keep a safe distance behind other vehicles and allow for plenty of time to slow down, and most importantly reduce speeds and wear your seatbelt.”

It feels like it has been ages since the last snowfall in New England, but we have some accumulation coming our way. Meteorologist Pamela Gardner explains how much snow we will get and why it might be “nicer” than past snowstorms.

Snow showers will continue to taper off into Wednesday morning, with plenty of lulls. By late afternoon, we could see some snow showers near the coast develop thanks to ocean effect. The water temperature is running about 40 degrees, so near the coast it's more rain to a mix, while inland it will be snowing.

Isolated additional snow accumulation is possible in those snow bands. The main event Tuesday night into Wednesday morning brings us a widespread 1-3 inches of snow across the northeast, 1-2 inches at the coast, around 2 inches in Boston, around 3 inches in Worcester, 4-6 inches in the Green mountains and Berkshires and around 4 inches in southern New Hampshire.

On Thursday, we have a shortwave moving through northern New England that will bring scattered snow showers and additional mountain snowfall.

Temperatures stay in the 30s for southern New England with a couple spurts of snow. Then we have arctic air funneling in for Friday. Highs will only reach the teens and, with wind chills, it will feel like below zero for most of the day. This is why we have another First Alert on Friday, for the bitter cold.

The weekend remains dry and sunny, with colder temperatures Saturday in the 20s and Sunday's highs in the low 30s. Monday and Tuesday next week, we could have a coastal storm on our hands. As of now, the models have a rain/snow line across southeastern New England, with plowable accumulations northwest. This track will change though, so stay tuned!

More on Our Snow 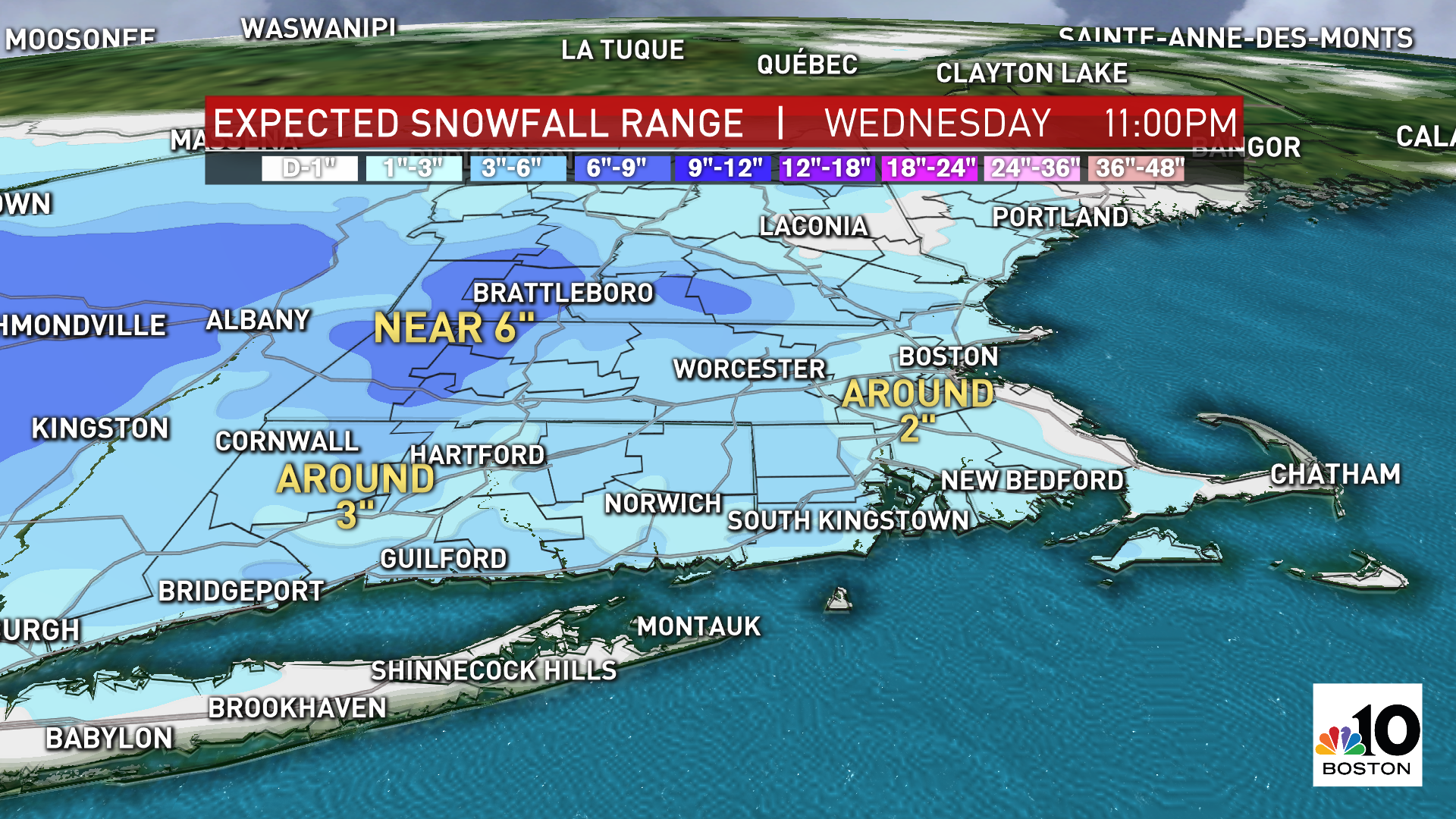 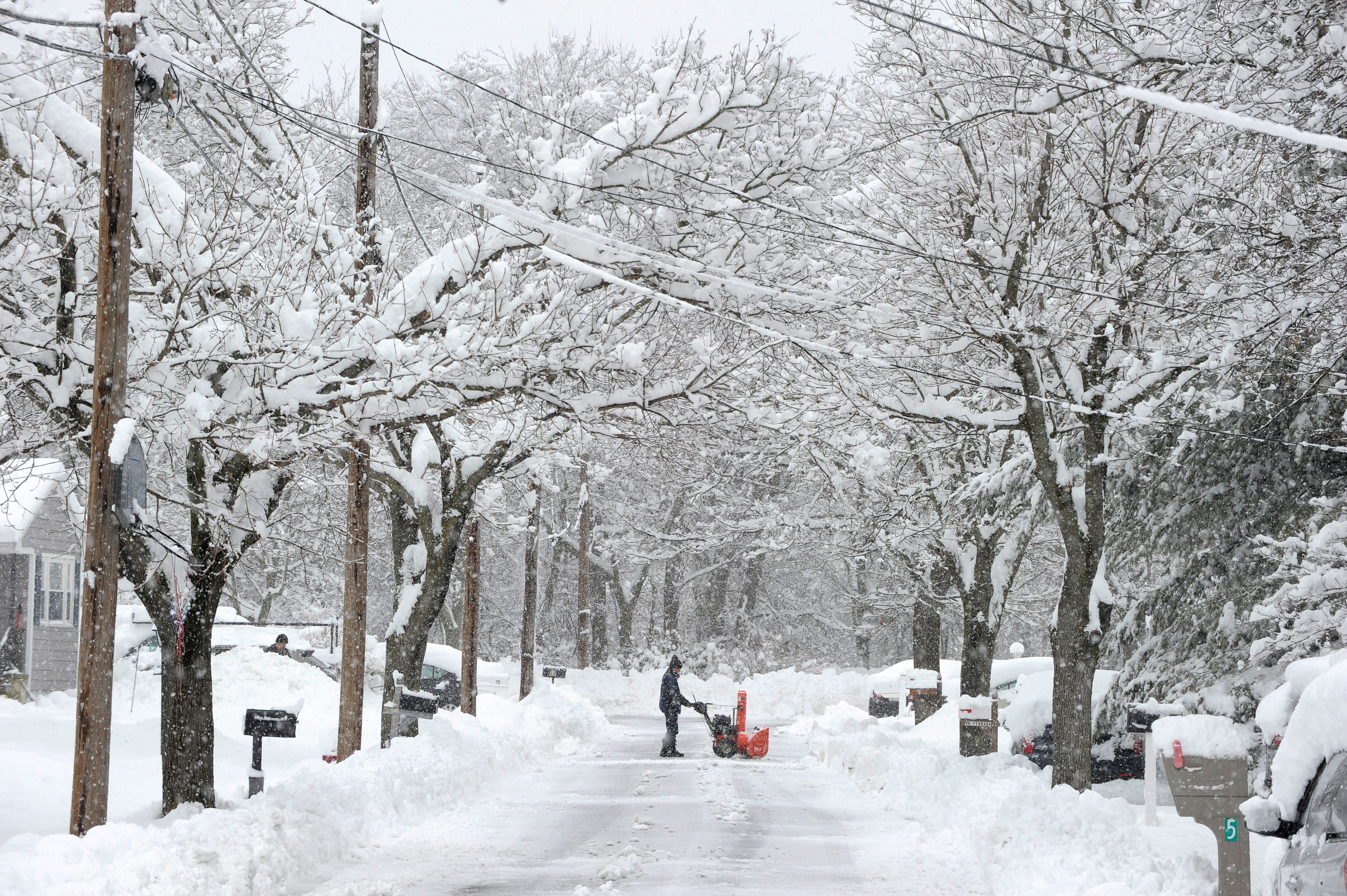